Archie Griffin net worth: Archie Griffin is an American former professional football player who has a net worth of $3 million. Archie Griffin was born in Columbus, Ohio in August 1954. He was a running back who was inducted into the high school hall of fame and had the field named after him at Columbus Eastmoor Academy high school.

Griffin played his college football for the Ohio State University Buckeyes where he became the only two time Heisman Trophy winner in 1974 and 1975 and was the first player to start in four Rose Bowls. In 1986 he was enshrined in the College Football Hall of Fame and Griffin has also been inducted into Ohio State's Varsity O Hall of Fame and had his number #45 retired by Ohio State. Griffin was drafted #24 by the Cincinnati Bengals in the 1976 NFL Draft. He played for the Bengals from 1976 to 1982 and then finished his career with the Jacksonville Bulls of the USFLL in 1985. He became the President and CEO of The Ohio State University Alumni University and the spokesman for the Wendy's High School Heisman award program. 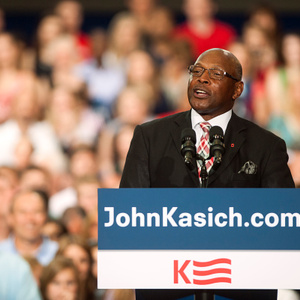