Aqib Talib net worth: Aqib Talib is an American professional football player who has a net worth of $20 million. Aqib Talib was born in Cleveland, Ohio in February 1996. He is a cornerback who played at Richardson Berkner High School. Talib played his college football at the University of Kansas where he was named First-team All-Big 12 in 2006 and 2007 and a Unanimous All-American in 2007.

He was drafted #20 by the Tampa Bay Buccaneers in the 2008 NFL Draft. Talib played for Tampa Bay from 2008 to 2012. He played for the New England Patriots from 2012 to 2013, and has played for the Denver Broncos since 2014. Talib is a three time Pro Bowl selection and was named Second-team All-Pro in 2013. He was named the NFL Alumni Defensive Back of the Year in 2010 and won the AFC Championship with Denver in 2015. Talib signed a six year deal with Denver in 2014 for $57 million with $26 million guaranteed. 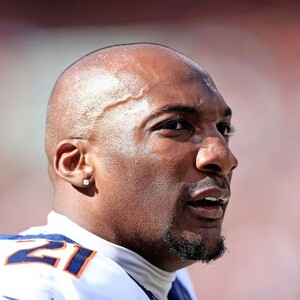