Antwaan Randle El net worth: Antwaan Randle El is an American former professional football player who has a net worth of $14 million. Antwaan Randle El was born in Riverdale, Illinois in August 1979. He was a wide receiver who played at Harvey Thornton Township High School. Randle El played his college football Indiana University and played primarily as a quarterback and was named Senior Bowl MVP. He was drafted #62 by the Pittsburgh Steelers in the 2002 NFL Draft and played for the Steelers from 2002 to 2005. Randle El played for the Washington Redskins from 2006 to 2009, and again for the Steelers in 2010. With the Steelers he won a Super Bowl championship and two AFC Championships. Randle El was named a First-team All-Pro and PFWA All-AFC in 2005. He holds a record for being the only wide receiver that has ever thrown a touchdown pass in a Super Bowl and also has the highest career passer rating of all players with a minimum of 20 attempts at 156.1. Randle El signed a seven year deal with Washington in 2006 for $31 million. In 2010 he signed a three year deal with Pittsburgh for $7 million. 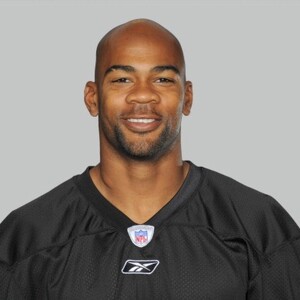