Antrel Rolle net worth: Antrel Rolle is an American football safety who has a net worth of $16 million. Antrel Rolle has earned his net worth as a player for the New York Giants of the National Football League (NFL). He started his professional football career in 2005 after he was drafted by the Arizona Cardinals in the first round.

Rolle is the cousin of the Philadelphia Eagles' Brian Rolle. He was born in Homestead, Florida on December 16, 1982, and played college football at the University of Miami. As a senior at South Dade High School in Homestead he played on the defensive side of the team, he posted three interceptions and 86 tackles. His record on offense was four receptions for 160 yards (40.0 yards per rec. avg.) and a touchdown. At Miami Rolle was an All-American CB, he received excelled press-coverage, after being the driving force in shutting down future All-American receivers Larry Fitzgerald (3 catches for 26 yards) and Calvin Johnson (2 catches for 10 yards). Rolle's start with the Arizona Cardinals did go well, due to a torn cartilage that kept him on the sidelines throughout most of the 2005 season. This injury required Rolle to undergo surgery to repair the damage, however his comeback was strong and in 2007 he was named the NFC Defensive Player of the Week for his performance in the Cardinals' 35-27 victory over the Bengals. This outstanding performance made Rolle the 24th player in NFL history and the fifth player in team history to return two interceptions for touchdowns. Rolle continued to play for the Cardinals until March 4, 2010 when he was released to avoid a $4 million roster bonus. The very next day March 5, 2010 he signed a five-year, $37 million contract with the New York Giants, making him one of the highest paid safeties in the NFL. 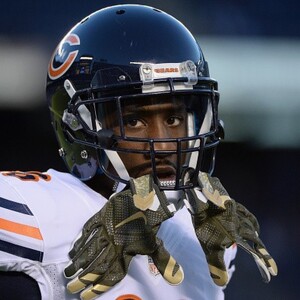