Antoine Winfield Net Worth and Salary: Antoine Winfield is a retired American football player who has a net worth of $16 million. During is NFL career Antoine earned $43 million in salary alone.

He was born Antoine D. Winfield on June 24, 1977, in Akron, Ohio. Antoine spent fifteen years playing football in the National Football League (NFL). He first showcased his athletic skills on a national level at Ohio State University, where he played for the Ohio State Buckeyes football team from 1995 to 1998. He was first-team All-American and won the Jim Thorpe Award as the nation's top defensive back as a senior. In 1999, he was selected by the Buffalo Bills as 23rd overall pick in the first round of the NFL Draft that year, and remained playing for the Bills from 1999 to 2003. Starting from 2004, he went on playing nine seasons for the Minnesota Vikings. As a Viking, he was a three-time Pro Bowl selection. In 2009 he signed a five-year $36 million contract with the Vikings.

In 2013, he signed with the Seattle Seahawks to a one year, $3 million contract and later the same year he was released from the team and retired from the sport for good. 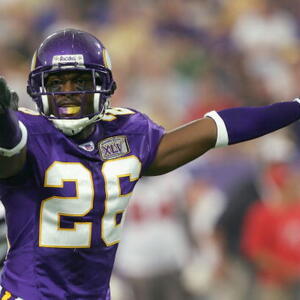