Anthony Henry Net Worth: Anthony Henry is a former American professional football player who has a net worth of $12 million. Anthony Henry was born in Fort Myers, Florida, in 1976, and played college football close to him for the University of South Florida Bulls. The Cleveland Browns draft Henry with the 97th overall pick during the fourth round of the 2001 NFL Draft, and he made his rookie debut later that year.

The six-foot-one, 208-pound cornerback played with the Browns until 2004, when he signed an unrestricted free agent contract with the Dallas Cowboys ahead of the 2005 season. Henry played with the Cowboys for four seasons until he was traded to the Detroit Lions in 2009. The Cowboys acquired quarterback Jon Kitna in the exchange. Henry played with Detroit for one season before the Lions opted not to re-sign him. As of the fall of 2014, Henry has not played in the league since. He finished his pro playing career with more than 500 total tackles to go along with two quarterback sacks and 31 interceptions. Henry tied for the most interceptions in the NFL in 2001. Since hanging up the cleats, Henry has worked in the music industry in Los Angeles and owns several Panera Bread chains in California. 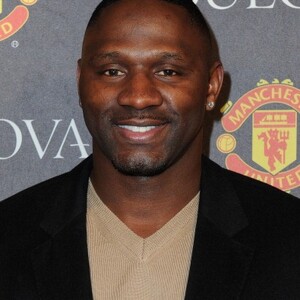