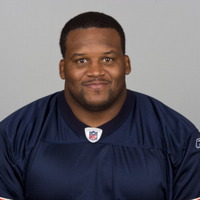 Anthony Adams net worth: Anthony Adams is an American television host, comedian, actor, and former professional football player who has a net worth of $6 million. Anthony Adams was born in Detroit, Michigan in June 1980. He was a defensive tackle who played at Detroit King High School and Penn State. Adams was drafted #57 overall by the San Francisco 49ers in the 2003 NFL Draft. He played for the 49ers from 2003 to 2006 and for the Chicago Bears from 2007 to 2011. He had 278 tackles, 10.5 sacks, and three forced fumbles during his NFL career. As an actor he starred as Anthony "Spice" Adams on the television series Ballers in 2016. Adams hosted the TV series The Great Holiday Baking Show beginning in 2017. He hosted the show Inside the Bears on WFLD and WPWR-TV. Adams has more than half a million followers on Instagram and gave away a pair of Super Bowl XL tickets.