Andrew Luck net worth, career earnings and salary: Andrew Luck is a retired American football player who has a net worth of $40 million dollars. In 2016, Andrew Luck signed a 5 year $123 million dollar contract extension that included a $32 million signing bonus. That made Andrew Luck the highest-paid player in the NFL based on average salary.

Although Luck only played in the NFL for a total of seven seasons, he was considered to be highly talented during his time on the field. After a successful collegiate career, Andrew was drafted by the Colts in 2012. He subsequently proved his worth during his rookie season as a true "dual-threat quarterback" with passing and running skills.

However, Luck was plagued by injures that first made their presence known in 2014. Three seasons passed with Andrew spending considerable time on the sidelines. His injuries completely prevented him from playing a single game in 2017, but he returned to form in 2018. Unfortunately, this proved to be the last hurrah for Luck, as he retired before the 2019 season as a result of continued injuries. However, he made sure to retire on a high note, as his previous season left nothing to be desired. Today, he is considered one of the greatest athletes to have retired at the top of their game.

At the peak of his career Andrew earned an annual salary of $24 million dollars. On August 24, 2019 Andrew stunned the sports world when he announced his retirement from the NFL after being plagued by a number of persistent injuries. Andrew Luck earned just over $97 million in salary alone during his career.

Andrew Austen Luck was born on September 12th of 1989 in Washington, D.C. His father Oliver was commissioner of the XFL, and he also served as the executive vice president for regulatory affairs at the NCAA. Raised in a Roman Catholic household, Andrew focused on church and sports during his early years. Due to his father's involvement in the football world, he spent much of his early childhood in London and Frankfurt. During his time in London, Luck became an avid fan of soccer. Eventually, he and his four siblings relocated to Indianapolis with their family, and then to Texas. In the Lone Star State, Andrew attended high school and began to establish himself as a star quarterback.

After graduating from high school, Luck was recruited by Stanford University. Once there, he played under coaches like Jim Harbaugh and David Shaw. Andrew first became a starting quarterback in his freshman year. He quickly became one of the most efficient quarterbacks in the collegiate world. Although he could have departed from Stanford in 2011, he chose to remain at Stanford in order to complete his degree. After the 2011 season, he won the Academic All-America of the Year award, having led Stanford to great achievements while also earning his bachelor's degree in architectural design.


Andrew Luck entered the NFL Draft in 2012 as one of the most highly-rated prospects. Experts were calling him the best quarterback since Peyton Manning, and he was eventually chosen by the Colts. He started strong, throwing a 63-yard touchdown pass in his debut game. He started every game that season and led the Colts to 11 wins. This was a new record for the Colts. Luck's fortune continued well into 2014, but he suffered an injured shoulder at the start of the 2015 season. This was the beginning of a long string of injury problems for Andrew.

He then suffered a lacerated kidney and a partially torn abdominal muscle, sidelining him for the rest of the season. He suffered a concussion during the 2016 season before receiving surgery on his shoulder. This surgical treatment caused him to miss the 2017 season entirely, as he was forced to travel to Europe for additional treatment. 2018 proved to Luck's last season, and he finished on a high note. After being named to the Pro Bowl for the fourth time and winning the National Football League Comeback Player of the Year Award, Andrew chose to retire. 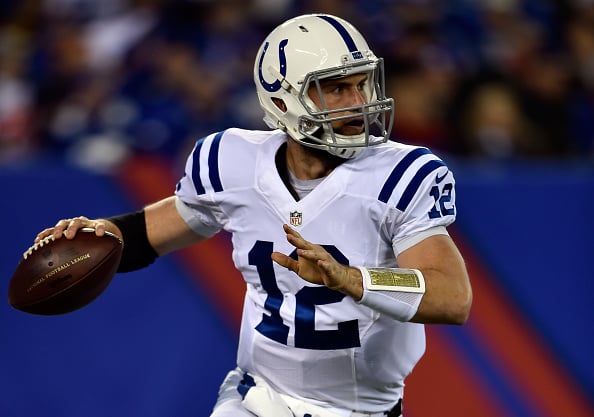 At the peak of his career, Luck was earning an annual salary of about $24 million. When Andrew Luck signed with the Indianapolis Colts as the number-one draft pick, he was given a $14.518 -signing bonus. Between 2016 and 2017, Andrew earned $50 million from salary and endorsements. This was enough to make him one of the highest-paid athletes on the planet.

In 2016, Andrew Luck signed a 5-year, $123-million contract extension that included a $32-million signing bonus. This was enough to make Andrew Luck the highest-paid player in the NFL based on average salary. When Luck retired in 2019, he had earned just over $97 million throughout his career in salary earnings alone. Despite his lucrative career, Luck was famous for his relatively modest lifestyle. He famously purchased a new phone after signing a new contract, and excitedly revealed that it was not the newest iPhone, but rather a run-of-the-mill flip phone. He also revealed that he had purchased a robotic ping pong ball returner, since he often had trouble finding people who wanted to play ping pong.

How Much Money Did Andrew Luck Give Up?

At the time of his retirement, Andrew had three years left on a six-year extension that he signed in 2016. That extension added five years to his rookie contract and was worth a total of $139 million. By retiring, Andrew gave up $58.125 million. Specifically, he gave up a salary of $9 million for the 2019 season, a 2019 roster bonus of $6 million (that was due a month from his retirement), $22 million in salary/roster bonus for 2020, and $21 million in salary/roster payments for 2021. At the time, the Colts had the right to request Andrew return $12.8 million worth of signing bonus money.

Had Andrew decided to stay in the NFL, attempt to recover from his injuries, and make a comeback, he could have earned significant future earnings. It is possible that by the time his extension was up, Andrew could have signed a Russell Wilson-esque contract that would have paid $225 million over five years. Therefore, it has been argued that Andrew gave up $275 million in future career earnings when he retired early. Keep in mind that these calculations are based on salary payments alone. Colts owner Jim Irsay estimated that Andrew gave up $400-$500 million when he retired, taking into account other forms of income such as brand endorsements.

Andrew supplemented his NFL income with a number of notable brand deals and endorsements over the years. These included contracts with TD Ameritrade, DirecTV, Panini, Nike, SuperDrink, and BodyArmor. 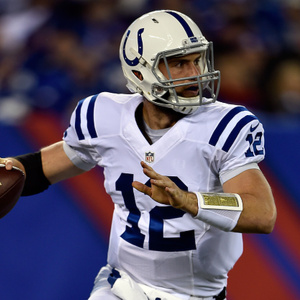