Andre Smith net worth and salary: Andre Smith is an American professional football player who has a net worth of $20 million. Andre Smith was born in Birmingham, Alabama in January 1987. He is an offensive tackle who played for Huffman High School where he received High School All-Americans honors from USA Today and was a finalist for the Walter Payton Trophy in 2005.

Smith played his college football at Alabama where he was a two time First-team All-SEC selection and a unanimous All-American in 2008 when he also won the Outland Trophy after winning the Jacobs Blocking Trophy the previous year. Smith was drafted #6 overall by the Cincinnati Bengals in the 2009 NFL Draft. He played for the Bengals from 2009 to 2015 and then played with the Minnesota Vikings in 2016, Cincinnati Bengals again in 2017, and Arizona Cardinals in 2018. In 2009 he signed a six year deal with the Bengals for $42 million and in 2013 he re-signed to a three year deal worth $18 million. He signed a one year deal with the Vikings for $3.5 million in 2016. 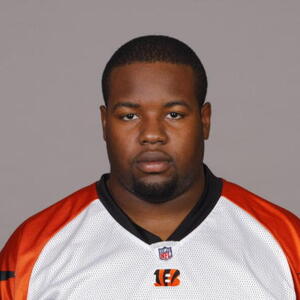