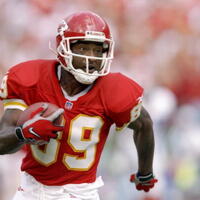 Andre Rison Net Worth: Andre "Bad Moon" Rison is a retired American NFL wide receiver who has a net worth of $250 thousand. During his professional football career, he played for the NFL's Indianapolis Colts, Atlanta Falcons, Cleveland Browns, Jacksonville Jaguars, Green Bay Packers, Kansas City Chiefs, and the Oakland Raiders, and the CFL's Toronto Argonauts.

Unfortunately, Andre Rison is one of the most notable professional athletes who went broke after retiring. During his playing career Andre Rison earned over $20 million in salary and endorsements. Unfortunately after living beyond his means for many years, Rison found himself flat broke. At the peak of his earning, Rison would travel with an entourage of 40-50 people.

Rison is also famous for being the boyfriend of the late singer Lisa "Left Eye" Lopes, member of the pop group TLC. Lopes infamously burnt Rison's $800,000 Atlanta mansion to the ground in 1994.

Early Life: Andre Rison was born in Flint, Michigan, on March 18, 1967. He first distinguished himself as a football player at Flint Northwestern High School, and then went on to earn additional accolades at Michigan State University.

Professional Football Career: Rison was drafted by the Indianapolis Colts in 1989, in the first round of that year's NFL draft (he was the 22nd overall pick). During his rookie NFL season with the Colts, he caught 52 passes for 820 yards, with four touchdown receptions. After only a year with the Colts, they traded him to the Atlanta Falcons. He would spent five seasons with the Falcons, during which he would perform quite well. In 1993, he was actually at the top of all NFL players, with 15 receiving touchdowns. He is the fifth receiver in NFL history to achieve 60 touchdowns in his first six seasons of playing.

After the 1994 NFL season, Rison moved to the Cleveland Browns, where he enjoyed a lucrative free agent contact. There, he excited his personal career low, with 47 receptions, only 701 yards, and 3 touchdowns, with an average of 2.9 receptions per game. He then had a very brief stint with the Jacksonville Jaguars during the offseason, before joining the Green Bay Packers in 1996. While with the Packers, Rison won his first Super Bowl. Prior to the 1997 season, Rison signed on with the Kansas City Chiefs, and moved over to play for them. During his first year with the Chiefs, he helped the team make it all the way to the Pro Bowl, although he performed less well during his second season with them. He spent his final NFL season with the Oakland Raiders in 2000, where he had 41 catches for 606 yards, with 6 touchdowns. In total, at the end of his NFL career, some of Rison's stats include: 743 receptions for 10,205 yards and 84 touchdowns, 8 kickoff returns for 150 yards, and 9 carries for 23 yards.

After a brief period spent away from playing professional football, Rison returned to the game in August 2004, when he signed on with the Toronto Argonauts, in the Canadian Football League. There, he helped the team win that year's Grey Cup championship, but ultimately he only was with the team for a year and was released by them in August 2005. 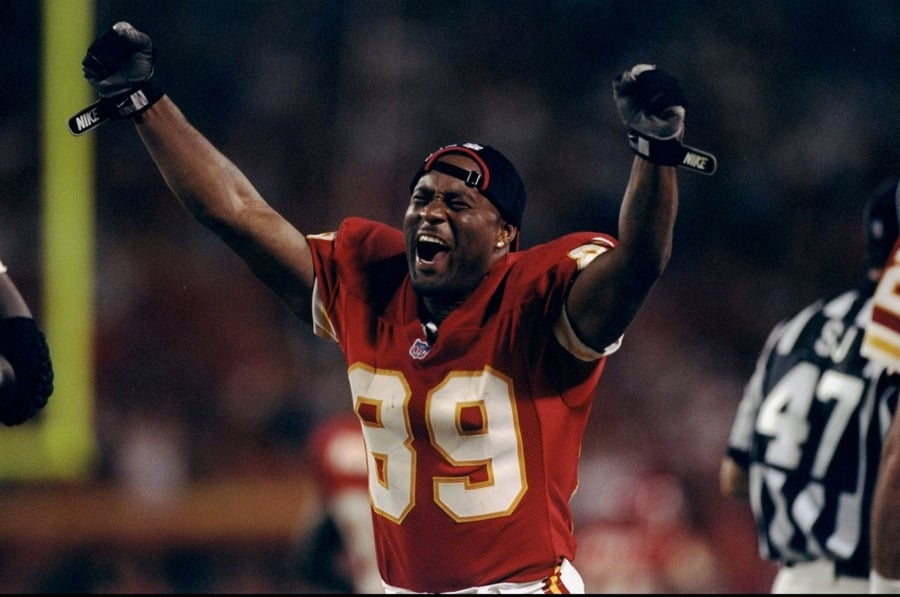 Pursuits After Football: After finishing his career as a professional football player, Rison remained connected to football through coaching. During the 2006-2008 high school football seasons, Rison worked as an assistant coach at Beecher High School in his hometown of Flint, Michigan. Then, in March 2010, he was named as the new head coach for the football team at Flint Northwestern High School. He left Flint Northwestern in May 2012 so he could finish his college degree at Michigan State and join the football team there as an assistant coach. In addition to his coaching efforts, Rison also has worked as a trainer for wide receivers at the Andre Rison Football Academy (which he founded).

Personal Life: Rison earned his nickname "Bad Moon" Rison for his life off the football field. The moniker was coined by ESPN sportscaster Chris Berman, in an allusion to the Creedence Clearwater Revival song "Bad Moon Rising". His other nickname, coined during his three seasons with Kansas City, was "Spider-Man". He earned this name because he would fake shooting a web, just like Spider-Man, after he scored a touchdown.

From 1993 to 2001, Rison was in an on and off relationship with singer Lisa Lopes, from the musical girl group TLC. During the time they were together, their relationship was very rocky, and featured multiple instances of domestic violence allegations. During an altercation in 1994 that was set off after Andre and his friends returned from a night of partying at 6:30 am, a furious Lisa put several of Andre's shoes in a bathtub and lit them on fire. Unfortunately, the fire spread and ended up burning down the entire house. Rison bought the property in 1992 for $861,000. The home had seven bedrooms, six fireplaces and a recording studio.

Rison has a son, Hunter Rison, who followed in his father's footsteps and played football. In 2017, Hunter, a true freshman at the time, played as a wide receiver for Michigan State University. He later transferred to Kansas State University in 2018.