Andre Johnson Net Worth and salary: Andre Johnson is a professional American football player who has a net worth of $20 Million. Born Andre Lamont Johnson on July 11, 1981, in Miami, Florida, he played as wide receiver for the Houston Texans of the National Football League (NFL). Widely known as Optimus Prime, he first started playing football in college for the University of Miami.

He was truly a standout wide receiver on the Miami Hurricanes football team with his 1,831 receiving yards. This made him ranked fifth on the University of Miami's all-time career list. Shortly after, he was selected by the Houston Texans with the 3rd overall pick of the 2003 NFL Draft. He has since played for the Houston Texans, where he holds nearly every Texans receiving record. What's more, Andre Johnson is second all-time in NFL history in receiving yards per game (80.4), trailing only Calvin Johnson (83.0). As a Texan, he was voted onto the 2012 All-Pro Team's Second Team, his 5th All-Pro selection in his career. While most recently, he was also selected to play in the 2013 Pro Bowl, which is his sixth selection so far. He has proved himself as a great humanitarian off the field, having founded the Andre Johnson Foundation for children and teens growing up in single-parent homes back in 2003. This generous football player is a father himself of a daughter that was born in February, 2010. 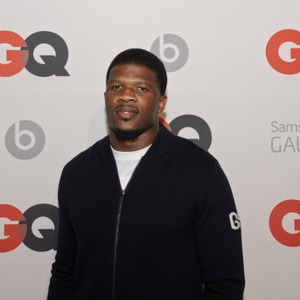