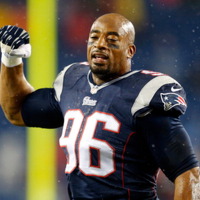 Andre Carter net worth and salary: Andre Carter is an American professional football player who has a net worth of $16 million dollars. Andre Carter was born in Denver, Colorado, and first gained attention while playing football in high school. He was a USA First-team All-America selection for both USA Today and Parade Magazine. He went on to play college football for the University of California – San Jose, where he was a First-team All-American selection and a finalist for the Bronko Nagurski Trophy. The San Francisco 49ers drafted him in 2001, and he played for the team until 2005. He signed with the Washington Redskins in 2006, where he continued to improve his level of play. In 2011, he signed with the New England Patriots, and had an amazing season with the team, despite it ending early after he was injured. He was a 2011 Pro Bowl selection, and set a franchise single game record for sacks. He spent one season with the Oakland Raiders and then returned to the Patriots in 2013.