Amari Cooper net worth: Amari Cooper is an American professional football player who has a net worth of $12 million. Amari Cooper was born in Miami, Florida in June 1994. He is a wide receiver who played at Miami Northwestern High School. Cooper played his college football at Alabama where he won a BCS national championship in 2012.

In 2014 he won the Biletnikoff Award and was a unanimous All-American and first-team All-SEC. He was also a two time SEC champion. Cooper was drafted #4 overall by the Oakland Raiders in the 2015 NFL Draft. He played for the Raiders from 2015 to 2018 and was traded to the Dallas Cowboys in 2018. He made the PFWA All-Rookie Team in 2015 and was selected to the Pro Bowl in 2015, 2016, and 2018. During his first five seasons Amari Cooper had 278 receptions for 3,908 yards and 25 touchdowns along with one touchdown in three postseason games. 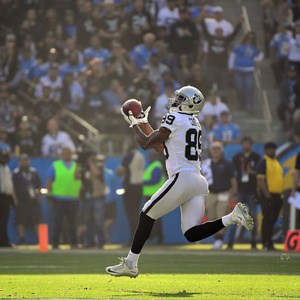