Alvin Kamara net worth and career earnings: Alvin Kamara is an American professional football player who has a net worth of $8 million. In his first few seasons in the NFL, Alvin earned around $3 million in salary. In September 2020 Alvin and the Saints agreed to a new 5-year $75 million contract that came with a $15 million signing bonus, $33 million guaranteed and an average annual salary of $15 million.

Alvin Kamara was born in Norcross, Georgia in July 1995. He is a running back who played at Norcross High School. Kamara played college football at Tennessee and was drafted #67 overall by the New Orleans Saints in the 2017 NFL Draft. At Tennessee he had 1,294 rushing yards and 16 rushing TDs and 683 receiving yards and seven rushing TDs in two seasons. 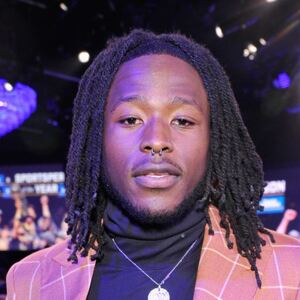