Alvin Bailey net worth: Alvin Bailey is an American football player who has a net worth of $10.4 Million. He plays at the offensive lineman position. Alvin Bailey was born on August 26, 1991 in Broken Arrow, Oklahoma. He went to Broken Arrow Senior High School, and was the anchor of the school's offensive line for three seasons. He played his college football at Arkansas, choosing the Razorbacks over other offers from Kansas State and Nebraska. After redshirting in 2009, he started all 13 games for the Razorbacks in 2010, and made the FWAA Freshman All-America Team, largely in part to the line producing the first season in school history with a 3,000 yard passer and a 1,000 yard rusher. In 2011, he was a Second Team All-SEC selection. The following year, he continued to produce for Arkansas, again starting in all 13 games. After his junior year in 2012, Bailey announced he would forgo his final year of eligibility and enter the 2013 NFL Draft. He was projected as a third or fourth round pick, but ended up going undrafted. The 6'3″, 320 pounder signed with the Seattle Seahawks, and started in 13 games during the 2013 season. He was an NFC Champion and made the Super Bowl during his rookie season. 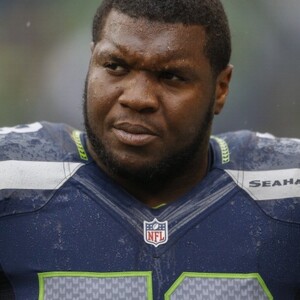