What is Alex Smith's net worth, career earnings and salary?

Alex Smith is an American professional football player who has a net worth of $90 million dollars. Alex Smith has earned his net worth as a starting quarterback for the San Francisco 49ers and Kansas City Chiefs of the National Football League.

Born in Seattle, Washington on May 7, 1984 and he grew up in the city of LaMesa, California. His father Douglas D. Smith was the Executive Director at Helix Charter High School where, Alex attended until June 30, 2010.

Alexis's uncle John L. Smith is the former head coach for the Michigan State University Spartans' football team. He also has a second cousin Chris Shelton who is a first baseman for the New York Mets.

Alex attended the University of Utah before he was drafted with the 1st-overall pick in the 1st round of the 2005 NFL Draft by San Francisco.

He was the team's starting quarterback in 2006, and started in all 16 games of his rookie season, as well as seven games of the 2007 season. Smith had a nagging shoulder injury which kept him sidelined for several games during the 2010 season.

Alex announced his retirement in April 2021 after 16 seasons in the NFL. 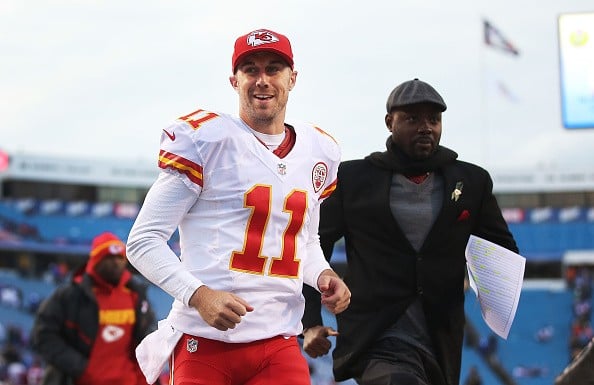 In 2009 Smith married former Oakland Raiders cheerleader, Elizabeth Barry, in May 2011 they became parents to a baby boy named Hudson.

Between June 2017 and June 2018, Alex Smith earned $41 million from salary and endorsements. That made him one of the 20 highest paid athletes on the planet.

As of September 2018, Alex Smith had earned $106.5 million in NFL salary alone. That was enough to make him one of the 25 highest-earning players in NFL history.

During his 16-season NFL career, Alex earned a total of $210 million in NFL salary. As of this writing, that makes him one of the 10 highest-earning players in NFL history. 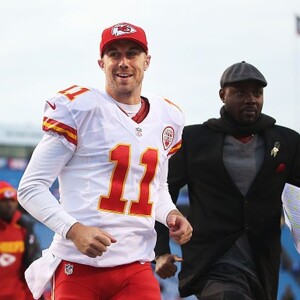