Aldon Smith net worth: Aldon Smith is an American professional football player who has a net worth of $500 thousand. He is best known for his time with the San Francisco 49ers.

Aldon Smith was born in Greenwood, Mississippi in September 1989. He is an outside linebacker who played at Raytown High School. Smith played his college football at Missouri where he was the Big 12 Defensive Freshman of the Year. He was drafted #7 overall by the San Francisco 49ers in the 2011 NFL Draft. Aldon Smith played for the 49ers from 2011 to 2014. He played for the Oakland Raiders from 2015 to 2017. He was released in 2018 after an alleged domestic violence incident. Smith signed with the Dallas Cowboys in 2020. He was selected to the Pro Bowl and was a first-team All-Pro selection in 2012. Smith set 49ers records for most sacks in a single season and most sacks by a rookie in a single season. 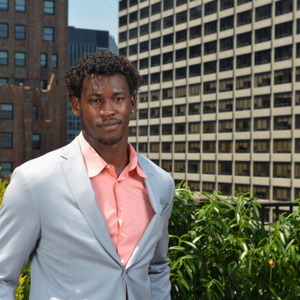