Alan Faneca Net Worth: Alan Faneca is a former American college and professional football player who has a net worth of $25.6 Million. Born Alan Joseph Faneca, Jr. on December 7, 1976, in New Orleans, Louisiana, he served as a guard in the National Football League (NFL) for thirteen seasons. While he was playing college football for Louisiana State University (LSU), he earned All-American honors and had impressive 210 pancake blocks. His education was briefly interrupted in 1998 when he was chosen by the Pittsburgh Steelers in the first round of the 1998 NFL Draft. However, he did return to school in 1999 and earned a degree in management entrepreneurship. Throughout his professional NFL career (1998-2010), he played for the Steelers, New York Jets and Arizona Cardinals of the NFL. Alan Faneca ended his NFL tenure as a nine-time All-Pro and nine-time Pro Bowl selection, as well as he won a Super Bowl ring with the Steelers in Super Bowl XL. Off the field, he is married and has two children. Together with his wife Julie Kuchta, Faneca hosted "Bid for Hope" charity auction and did extensive work with Epilepsy Foundation of America, especially after being diagnosed with epilepsy. The Faneca family lives in Thibodaux, Louisiana. 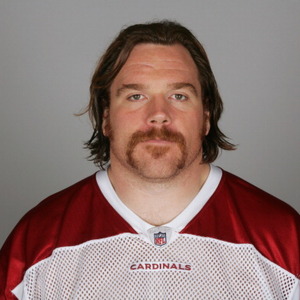