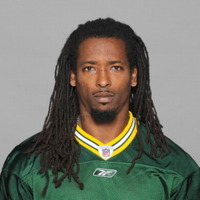 Al Harris Net Worth: Al Harris is a former American professional football player and current coach who has a net worth of $13 million. Born Alshinard Harris in 1974 in Coconut Creek, Florida, Al Harris played his college football at Texas A&M in Kingsville before the Tampa Bay Buccaneers drafted him with the 169th overall pick during the sixth round of the 1997 NFL Draft. Harris never played in a regular season game with the Bucs, but he made his NFL debut in 1998 as a member of the Philadelphia Eagles. Harris stayed in Philadelphia until 2002 before he joined the Green Bay Packers ahead of the start of the 2003 season. Harris spent the next seven years in Green Bay until he became a member of the Miami Dolphins in 2010 and later the St. Louis Rams in 2011. After announcing his retirement from the league, Harris landed with the Dolphins as a coaching intern in 2012 before the Kansas City Chiefs hired him as their assistant secondary and defensive coaching assistant in 2013. As of the fall of 2014, Harris remains on the sidelines for the Chiefs. He finished his pro playing career with more than 460 total tackles to go along with four quarterback sacks and 21 interceptions. He was selected to two Pro Bowls in 2007 and 2008 and earned second-team All Pro honors in 2007.