Al Cowlings net worth: Al Cowlings is an American retired professional football player who has a net worth of $250 thousand dollars. Al Cowlings was born in San Francisco, California, and played college football for the University of Southern California, where he was named an All-American defensive tackle his senior year.

The Buffalo Bills drafted him in 1970, and he went on to play for the Bills, the Houston Oilers, the Los Angeles Rams, the Seattle Seahawks, and the San Francisco 49ers, before retiring in 1979. He is widely recognized for his football career, as well as for his involvement in the O.J. Simpson trial in 1994. He was driving the 1993 Ford Bronco involved in the low-speed chase that was followed by helicopter and broadcast on televisions across America. A longtime friend of O.J. Simpson, he said he was forced to drive the car, after O.J. Simpson threatened to commit suicide unless Al Cowlings drove him home. 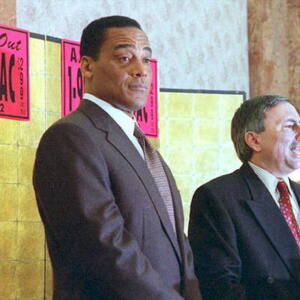