Akeem Ayers net worth and salary: Akeem Ayers is an American professional football player who has a net worth of $5 million. Akeem Ayers was born in Los Angeles, California in July 1989. Ayers is an outside linebacker who won a CIF Championship while playing at Verbum Dei High School.

He played his college football at the University of California, Los Angeles. Ayers was All-Pac 10 Honorable Mention, CollegeFootballNews.com Sophomore All-American, and EagleBank Bowl Champion and MVP in 2009. In 2010 he was All-Pac 10 First team, Associated Press All-American Third Team, and Walter camp Foundation All-American Second-Team. Ayers was drafted #39 by the Tennessee Titans in the 2011 NFL Draft. In 2014 he was traded to the New England Patriots where he won an AFC Championship. 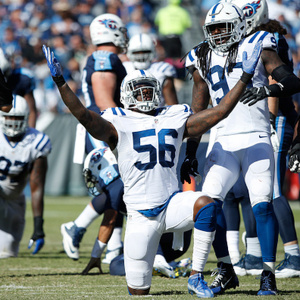