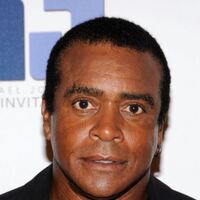 What is Ahmad Rashād's Net Worth?

Ahmad Rashad is an American sportscaster and retired professional football player who has a net worth of $10 million. Ahmad Rashad played in the NFL for the St. Louis Cardinals and Minnesota Vikings. After his retirement from football in 1982, he transitioned to television as a studio analyst and host of NBA weekly digest programs. Rashād also played in an NBA game, and has hosted a number of non-sports-related reality and game shows.

He is also notable for his relationships. Ahmad has been married five times, most notably to Cosby Show actress Phylicia Ayers-Allen. His fourth wife Sale Johnson is the daughter of Johnson & Johnson billionaire and New York Jets owner Woody Johnson. After converting to Islam in 1972 he took the name Ahmad and took his last name from his mentor Rashad Khalifa.

Ahmad Rashād was born as Robert Earl Moore on November 19, 1949 in Portland, Oregon. As a teen, he went to Mount Tahoma High School in Tacoma, where he played on the football team. For his higher education, Rashād went on an athletic scholarship to the University of Oregon. Under head coach Jerry Frei, he played football for the Ducks, first as a wide receiver and wingback before switching to running back. Rashād ran into legal trouble during his junior year, when he was charged with felony theft; he ultimately pleaded guilty to a reduced charge. Following this, he converted to Islam, and eventually changed his name. He chose Rashād in homage to his Egyptian-American mentor, biochemist Rashad Khalifa.

In the 1972 NFL Draft, Rashād was drafted by the St. Louis Cardinals. He went on to make the UPI All-Rookie Team. Following the 1973 season, Rashād was traded to the Buffalo Bills for backup quarterback Dennis Shaw. However, due to a knee injury, he had to sit out the 1975 season. The next year, Rashād trained with the Seattle Seahawks as a free agent, before being traded days before the start of the season to the Minnesota Vikings. Although he initially failed the team's physical, he was kept on board thanks to the advocacy of quarterback Fran Tarkenton. Rashād had great success with the Vikings during his first season, as the team went on to make it to the Super Bowl. He continued his success over his subsequent years on the team, earning four Pro Bowl selections between 1978 and 1981.

Rashād finished his NFL career with 495 passes for 6,831 yards and 44 touchdowns. His most extraordinary catch came in a December 1980 game against the Cleveland Browns, when he received a Hail Mary pass from quarterback Tommy Kramer that led to a come-from-behind 28-23 victory, as well as a Central Division title. Notably, Rashād also has the distinction of the longest play from scrimmage that didn't result in a touchdown, with 98 yards. 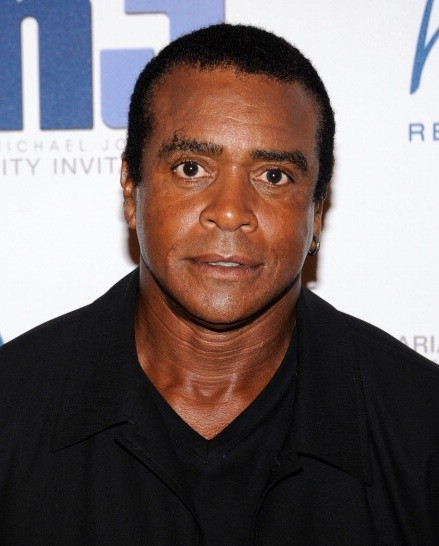 After he retired from the NFL in 1982, Rashād turned to television as a studio analyst, anchor, game reporter, and host, covering the NFL, NBA, and MLB for ABC and NBC. One of his most notable shows was "NBA Inside Stuff," which he hosted for 16 seasons. On the program, Rashād led a recap and analysis of the previous week's NBA games, and interviewed players about a variety of topics. After "NBA Inside Stuff" concluded its initial run in 2006, it was replaced by the similarly themed "NBA Access with Ahmad Rashād." On the show, Rashād brought on numerous famous NBA athletes and coaches, including Kobe Bryant, Vince Carter, and Phil Jackson. Additionally, the program delivered exclusive behind-the-scenes NBA access, presenting first-person player storylines in the style of television drama. "NBA Access with Ahmad Rashād" ran through 2011.

Beyond sports broadcasting, Rashād has appeared on a myriad of reality shows, game shows, and series. From 1993 to 1994, he hosted the NBC game show "Caesars Challenge." Later, in 2000, Rashād hosted the clip show "Real TV," and in 2003, hosted the third season of the reality game show "The Mole," called "Celebrity Mole: Hawaii."

Among his other television gigs, Rashād appeared in an episode of the horror anthology series "Monsters." In 1988, he filled in for Robb Weller on "Entertainment This Week." Rashād was also briefly a panelist on the Golf Channel daily talk show "Morning Drive." In 2021, he became the host of the new Game Show Network game show "Tug of Words."

In addition to football, Rashād has played professional basketball. Just before the launch of his "NBA Inside Stuff" program in 1990, he signed a two-day contract with the Philadelphia 76ers to promote his show. He played in the first preseason game held at the newly constructed Target Center in Minneapolis, Minnesota, where many fans came to cheer him on due to his former career with the Minnesota Vikings. In the game, Rashād scored the only points of his NBA career after knocking down a 20-foot shot. Moreover, thanks to the 76ers' 102-96 win over the Minnesota Timberwolves, he was given a perfect NBA record. Rashād announced his retirement from basketball in a post-game interview.

Rashād has been married and divorced multiple times. His first wife was Deidre Waters, whom he wed in 1969; together, they had a daughter named Keva in 1970. The same year, Rashād had a son named Sean from an affair with another woman. From 1976 to 1979, Rashād was married to Matilda Johnson, with whom he had a daughter named Maiyisha and a son named Ahmad Jr. Later, in 1985, Rashād wed actress Phylicia Ayers-Allen, of "The Cosby Show" fame. The couple had a daughter named Condola, and eventually divorced in 2001. Next, Rashād married Sale Johnson in 2007; they divorced in 2013. Three years later, Rashād wed his fifth wife, psychologist Ana Luz Rodriguez-Paz.