Adrian Wilson Net Worth: Adrian Wilson is an American professional football player who has a net worth of $12 million. Born in High Point, North Carolina, in 1979, Adrian Wilson played college football in his home state for the North Carolina State University Wolfpack. The Arizona Cardinals drafted Wilson with the 64th overall pick during the third round of the 2001 NFL Draft.

He played in the desert for more than a decade before joining the New England Patriots ahead of the 2013 season. In 2014, the Chicago Bears picked up the six-foot-three, 230-pound safety, though he did not suit up for a regular season game with the Bears. As of the near end of the 2014 season, Wilson remains a free agent, though he has not retired from the game despite not playing in the regular season. He is a five-time Pro Bowl player (2006, 2008-2011) and a three-time All-Pro honoree in 2006, 2008, and 2009. Wilson was part of the Cardinals' 2008 NFC championship winning team. He is a member of the league's 25 sacks and 25 interceptions club. Through the end of the 2013 season, Wilson has amassed close to 900 career tackles to go along with 25.5 quarterback sacks, 27 interceptions, and 14 forced fumbles. Wilson has three children with his wife, Alicia, and owns a shoe store in Arizona. 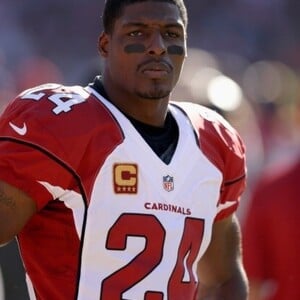