What is Adrian Peterson's Net Worth and Salary?

Adrian Peterson is an American professional football running back who has a net worth of $1 million and an annual salary of $2 million. After impressing during his college football years at the University of Oklahoma, Peterson was drafted by the Minnesota Vikings in 2007. He quickly proved his potential, setting a new record for rushing yards in a single game and winning the NFL Offensive Rookie of the Year award. Adrian eventually racked up more than 3,000 yards during his first two seasons. In 2012, he received the NFL MVP Award after reaching 8,000 rushing yards. By 2013, he had reached 10,000 rushing yards. He also became the oldest running back in NFL history to win first-team All-Pro honors, at the age of 30.

Unfortunately, Adrian has experienced a number of legal and financial issues during his career. More details on these issues later in this article.

Adrian Lewis Peterson was born on March 21st of 1985 in Palestine, Texas. Raised by two former college athletes, Adrian formed a close relationship with his older brother Brian at an early age. Unfortunately, Adrian witnessed Brian's death at the age of 7 when he was killed by a drunk driver. Channeling his grief into athletics, Adrian saw football as a means of escape. At the age of 13, his father was arrested for money laundering and involvement with a crack cocaine business. After graduating from high school, Peterson attended the University of Oklahoma and finished as runner-up for the Heisman Trophy.

Forgoing his final year of college, Peterson entered the 2007 NFL draft and was selected by the NFL Vikings. He quickly established himself as one of the brightest young stars of the league, winning the NFL Offensive Rookie of the Year award. His strong performances continued throughout the next few years, and in 2012 he won the NFL MVP award. In 2014, his career faltered amidst child abuse allegations and Adrian was suspended for the remainder of the season.

When he returned, he struggled to regain his old form. After another slow season in 2017, the Vikings neglected to extend his contract, and he was signed by the New Orleans Saints. After a single season, he moved to the Arizona Cardinals, and he then spent another single season with the Washington Redskins in 2018. He stayed with the Redskins for two seasons before signing with the Detroit Lions in 2020.

In 2014, Peterson was indicted on charges of reckless or negligent injury to a child. He had used a wooden implement to discipline his four-year-old son. According to the prosecution, Adrian had used a tree branch to beat his son across his entire body, including his buttocks and genitals. In his defense, Peterson stated that he had been punished in a similar way during his own childhood.

Adrian eventually pleaded no contest, avoiding a jail sentence after reaching a plea agreement. He was put on probation, ordered to complete 80 hours of community service, and fined $4,000. Perhaps the most significant penalty was not imposed by a judge, but rather the NFL. The league suspended Peterson, and it impacted his career significantly. In 2018, Adrian publicly admitted that he was still disciplining his son with a belt. 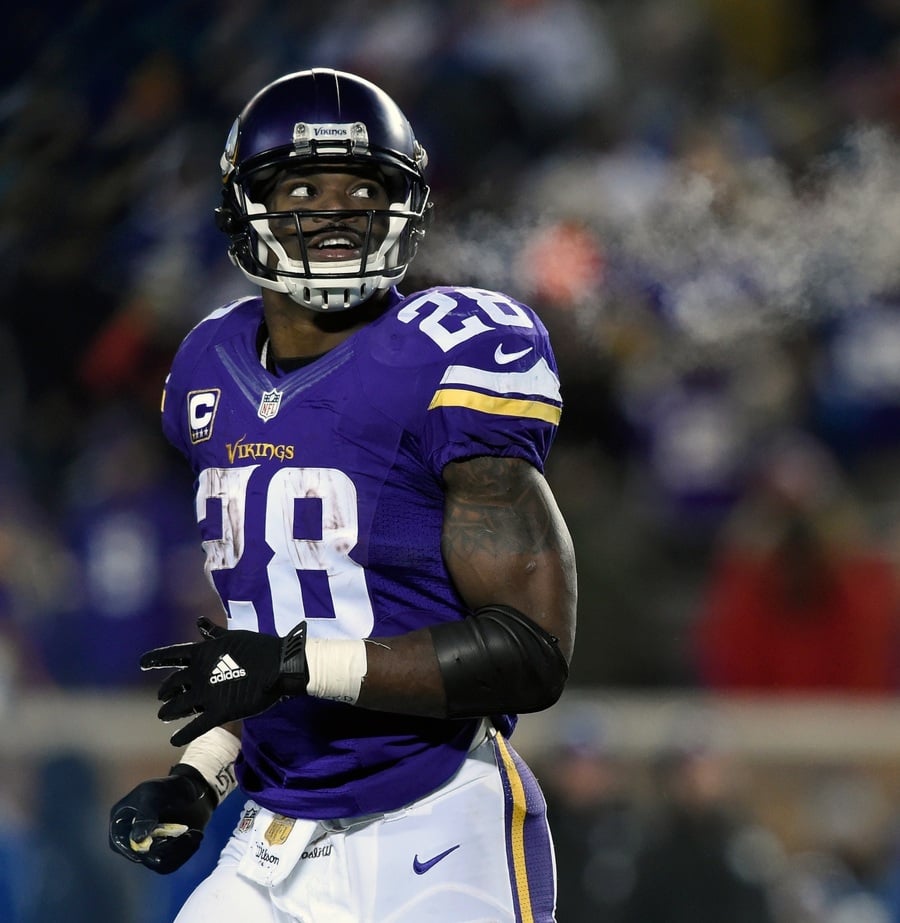 After trying to offload his home in Texas for four years, Peterson finally succeeded in selling the mansion in 2020. It was originally listed for $8.5 million in 2016, but eventually it sold for about $4.5 million. This was about $500,000 less than what he originally paid for it back in 2013. Spanning 10,582 square feet, the mansion boasts six bedrooms, a library, a wine cellar, a theater, and a motor court. Additional highlights include a game room, bar, and a swimming pool.

In 2021, it was reported that he had listed a second property in Texas for $5.3 million. This home is in Houston, and Peterson originally purchased it for $3.4375 million back in 2016. Located in the neighborhood of Rivercrest Estates, the home features traditional architecture and sits on 3.5 acres of land. It also boasts 11 bedrooms and 11,384 square feet of living space. Additional features include a wine bar, an aquarium, an elevator, a private theatre, an indoor basketball court, a gym, hydrotherapy immersion tanks, a freshwater pool, a golf putting green, and a four-bedroom guesthouse.

The fact that Adrian was selling off his properties over a short period of time shouldn't come as a surprise, given that he was struggling with considerable financial issues at the time. These assets were almost certainly liquidated in order to pay his debts.

In 2019, a lawyer representing Peterson confirmed that the football star was essentially broke after "trusting the wrong people" with his finances. The news broke after a lender in Pennsylvania sued Adrian seeking repayment of a $5.2-million loan. The Pennsylvania lender claimed that Adrian used some of the money to repay a payday loan company. With interest in lawyer fees, the plaintiff is seeking $6.6 million from Adrian. According to the terms of the $5.2-million loan, Adrian was supposed to pay it back within four months at a 12% interest rate. While this news was breaking, it was also reported that he had been ordered to repay a $2.4-million loan to a lender in Maryland. 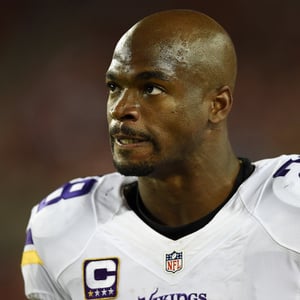