Adam Thielen net worth and salary: Adam Thielen is an American professional football player who has a net worth of $5 million. Adam Thielen was born in Detroit Lakes, Minnesota in August 1990. He is a wide receiver who played at Detroit Lakes High School and also helped the golf team win the state championship.

Thielen played his college football at Minnesota State University where he was named the team's Offensive Player of the Year. He went undrafted but signed with the NFL's Minnesota Vikings in 2013 and has played his entire career with the Vikings through the 2018 season. Adam Thielen was selected to the Pro Bowl and was a second-team All-Pro selection in 2017. In 2018 he set a record with five straight t100-yard receiving games at the beginning of a season. He also tied a record for most consecutive 100 yard games in a year at eight which is tied with Calvin Johnson. Between 2014 and 2016, Adam earned a total of $1.5 million in the NFL. After breaking out in the 2016 season, in 2018 he was offered a three-year extension that came with $10 million guaranteed. 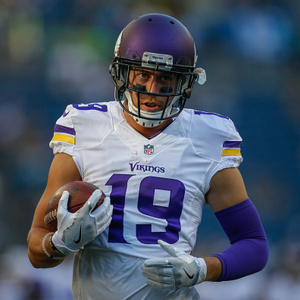