Aaron Smith Net Worth: Aaron Smith is a former American professional football player who has a net worth of $12 million. Born in Colorado Springs, Colorado, in 1976, Aaron Smith played his college ball at the University of Northern Colorado. After a successful collegiate career, the Pittsburgh Steelers selected Smith with the 109th overall pick during the fourth round of the 1999 NFL Draft.

Smith made his rookie debut later that year, playing in every game from 2000 until 2006 with the team. In 2007, he signed a new $25 million contract with Pittsburgh. Smith played every game of his career with the Steelers before his retirement at the end of the 2011 season. He finished with 453 career tackles, 44 sacks, and one interception, and is remembered as one of the better defensive ends in Steelers history. He was part of the team's two Super Bowl championships, winning his first ring in Super Bowl XL and his second in Super Bowl XLIII. Smith battled several injuries later in his career, including a torn rotator cuff and a hurt neck, and saw his final three seasons end with placement on injured reserve. He was named an All-Pro in 2004 and made the All-Decade Team for the 2000s put together by "Sports Illustrated". Smith and his wife, Jaimie Garcia, have five children together: three daughters and two sons. 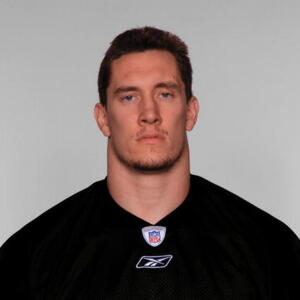