Aaron Schobel Net Worth: Aaron Schobel is an American former professional football player who has a net worth of $12 million. Aaron Schobel was born in Harris County, Texas, in 1977. He played college football at Texas Christian University where he was a first-team All-WAC player and recognized as the 2000 WAC Defensive Player of the Year.

The Buffalo Bills selected Schobel with the 46th overall pick during the second round of the 2001 NFL Draft. He spent his entire career with the same franchise after making his rookie debut the same year. Schobel became a two-time Pro Bowl player in 2006 and 2007 and earned second-team All-Pro honors in 2007. Schobel hung up his cleats in 2009 after the Bills released him following the end of the 2008 season. Prior to his release, there was growing speculation that Schobel was considering retirement even before he was let go by the team. He finished his pro career with 483 tackles, 78 quarterback sacks, and three interceptions. Schobel has several relatives who play or have played professionally, including former Philadelphia Eagles tight end Matt Schobel and former Jacksonville Jaguars defensive end Bo Schobel. Aaron has three children, two sons and one daughter, with his wife, June. 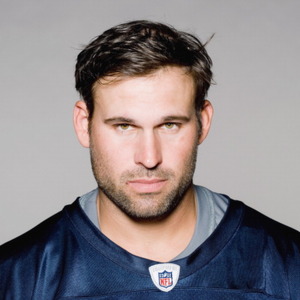