What is Aaron Rodgers' Net Worth and Salary?

Aaron Rodgers is an American professional football player who has a net worth of $200 million dollars. He plays quarterback for the Green Bay Packers. Between June 2018 and June 2019, he earned $90 million from salary and endorsements. In March 2022 Aaron signed a contract extension with the Packers that will pay him $50 million per year for four years, with $153 million guaranteed.

Aaron Charles Rodgers was born in Chico, California, on December 2, 1983. His parents are Darla Leigh (née Pittman) and Edward Wesley Rodgers. The family moved around, first to Ukiah, California, then to Beaverton, Oregon, before returned to Chico in 1997. He attended Pleasant Valley High School, where he started as quarterback for two years.

He graduated from high school in 2002, and went on to play football at Butte Community College. He did not have a lot of attention from Division I programs, something he attributes to his relatively unimpressive physical stature at the time. Thanks to his impressive performance at Butte Community College though, throwing 26 touchdowns during his freshman season and leading the school to a 10-1 record, he was able to transfer to the University of California, Berkeley, after just one year of junior college.

In the fifth game of the 2003 season, Rodgers was named the starting quarterback for the Golden Bears (University of California, Berkeley). While there, he set several school records, and he actually holds the Cal career record for lowest percentage of passes intercepted, at 1.95 percent. After enjoying an impressive junior year, where he threw 24 touchdowns and only had 8 interceptions, he eventually decided to not play his senior season in order to enter the 2005 NFL Draft.

Rodgers had initially been confident he would be drafted by the San Francisco 49ers, which is the team he grew up supporting, but after they picked Alex Smith from Utah, he was chosen by the Green Bay Packers as the 24th overall pick. He spent his rookie season in the NFL as the backup quarterback to Brett Favre, a position he stayed in until 2007. During this time, he enjoyed very little actual playing time.

In 2008, when Favre announced his retirement, Rodgers was bumped up to the position of starting quarterback. Although Favre actually ended up returning from retirement, he was traded to the New York Jets. He passed for over 4,000 yards in his first season as a starter while also throwing for 28 touchdowns with just 13 interceptions. He went on to help guide the Packers to victory in Super Bowl XLV in 2011. For his pivotal role in helping his team earn the championship, he was named Super Bowl MVP.

Rodgers went on to maintain a position as one of the top performers in professional football, despite not yet having been able to achieve a second Super Bowl win. Some of his achievements include having the most consecutive games without throwing multiple interceptions (41 games in a row), and holding the lowest regular season interception percentage for current quarterbacks. He is also only one of seven quarterbacks to pass for over 1,000 yards in a single postseason, and is one of five quarterbacks in the NFL to have a passer rating of at least 110 through multiple seasons of play.

During the 2021 season Aaron earned considerable criticism after he was revealed to have lied about his COVID vaccination status. The revelation came after he tested positive and reporters pressed him for an official answer on his status. Rodgers then doubled-down on maintaining his anti-vaccine stand, spouting a number of easily-refutable false theories and beliefs. 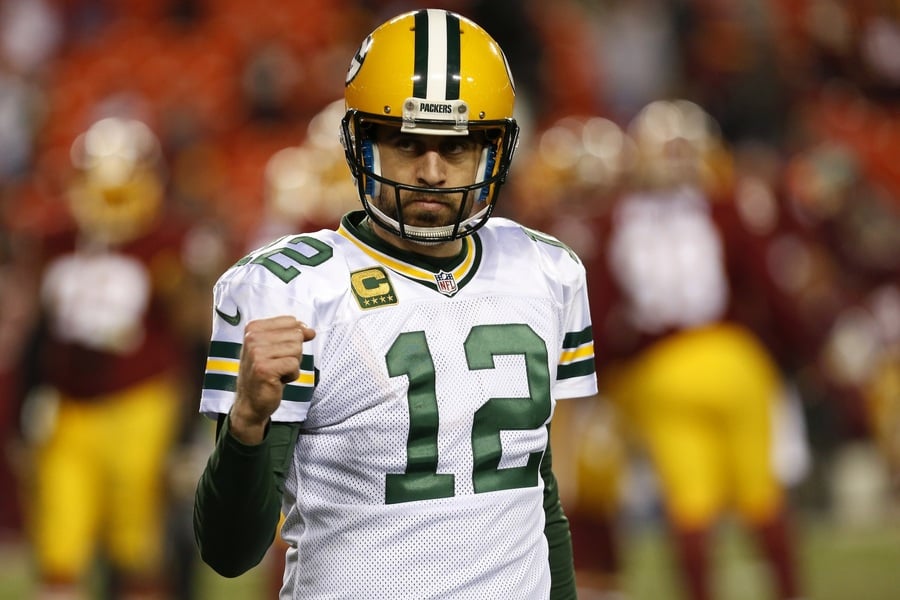 Business Ventures and Other Work

Previously, Rodgers and Ryan Braun, a player for the Milwaukee Brewers, had their names jointly on a restaurant in the Milwaukee area. However, the restaurant closed after suffering Braun's PED scandal. Rodgers is the first active NFL player to have an ownership stake in an NBA franchise. He earned this status in April 2018, when he was announced as a new limited partner in the ownership group of the Milwaukee Bucks.

Rodgers has also featured in several advertisements throughout the years, for brands such as State Farm Insurance and Pizza Hut, in addition to many local Wisconsin-based campaigns. Actually, Rodgers's multi-million dollar deal with State Farm (estimated to be around $2-3 million) is considered by Forbes to be "one of the richest endorsement deals in the NFL". Other brands he has endorsement deals with are Adidas, Prevea Healthcare, Bergstrom Automotive, Sharpie, and IZOD. He, along with fellow Packers teammate Ha Ha Clinton-Dix as well as several other NFL players, appeared in a segment on the second season of sketch comedy show "Key & Peele".

Until 2017, Rodgers lived in Suamico, Wisconsin, a northern suburb of Green Bay. During the offseason, he lives in Los Angeles, California. He also owns property in Del Mar, California. He was previously in a relationship with actress Olivia Munn from 2014 to 2017, and was romantically linked to NASCAR driver Danica Patrick from 2018 to July 2020.

In early 2021 Aaron stunned the world when he announced his engagement to actress Shailene Woodley.

In 2013, the Packers and Rodgers agreed to a 5-year, $110 million contract extension, making him the highest paid player in NFL history.

In 2018, Rodgers signed a 4-year $134 million contract to stay with the Packers. The deal will actually be worth around $180 million when it's all said and done thanks to bonuses and guaranteed cash flow. Approximately $103 million of his deal was guaranteed, of which $80 million was to be paid before March 2019. In other words, between August 2018 and March 2019, the Packers were to pay Rodgers $400,000 PER DAY. By comparison, Brett Favre earned a total of $135 million during his entire career (on the field).

On March 8, 2022 Aaron and the Packers revealed that the veteran QB had signed a new 4-year $200 million contract extension with the team that includes $153 million in guaranteed money.

Through the 2021-2022 season, a point where many people thought he was retiring, Aaron Rodgers earned a total of $263 million in NFL salary alone. If he completes the four-year deal he signed in March 2022, his total NFL career earnings by the time he retires will be $463 million. The deal will make Aaron the first NFL player to breach the $400 million career earnings mark (from salary alone).

Aaron has earned at least $100 million in additional income through his many endorsements.

Put together Aaron Rodgers earned approximately $360 million in total during his career through 2022 between salaries and endorsements. By the end of his latest NFL contract, his total career earnings with endorsements included will be approximately $600 million.

For comparison, Brett Favre's total career earnings including endorsements came to around $200 million.

In December 2019 Aaron paid $28 million for an oceanfront Malibu mansion. The seller was musician Robbie Williams. He paid all-cash for the home, as in no mortgage was taken-out: 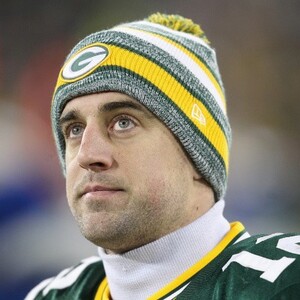