What was Aaron Hernandez's Net Worth and Career Earnings?

Aaron Hernandez was an American football player who had a net worth of $50 thousand at the time of his death in 2017. During his murder trial, it was revealed that Aaron was nearly broke and attempting to liquidate assets such as his house and Hummer to cover his legal bills. His arrest, conviction, and death garnered lots of media attention, and a documentary titled "Killer Inside: The Mind of Aaron Hernandez" was released on Netflix on January 15, 2020.

Aaron Josef Hernandez was born on November 6, 1989, in Bristol, Connecticut. He set multiple state and national records as a wide receiver for Bristol Central High School. During his senior year, he was named the Connecticut Gatorade Football Player of the Year. Aaron went on to attend the University of Florida where he played for the Gators from 2007-2009. He won the John Mackey Award while with the team and was a first-team All-American. Aaron decided to skip his senior season and go pro.

The New England Patriots drafted Aaron Hernandez in 2010. Despite being one of the best college prospects in the draft, he was a lower pick at 113th overall in the fourth round. This was likely due to the fact that Aaron came with quite a bit of personal baggage and controversial tendencies from his days as a Gator. He left college with 111 receptions for 1,382 yards and 12 touchdowns.

Aaron Hernandez played very well for the Patriots. He was one-half of what has been called the most successful tight end pairing in NFL history with Rob Gronkowski. 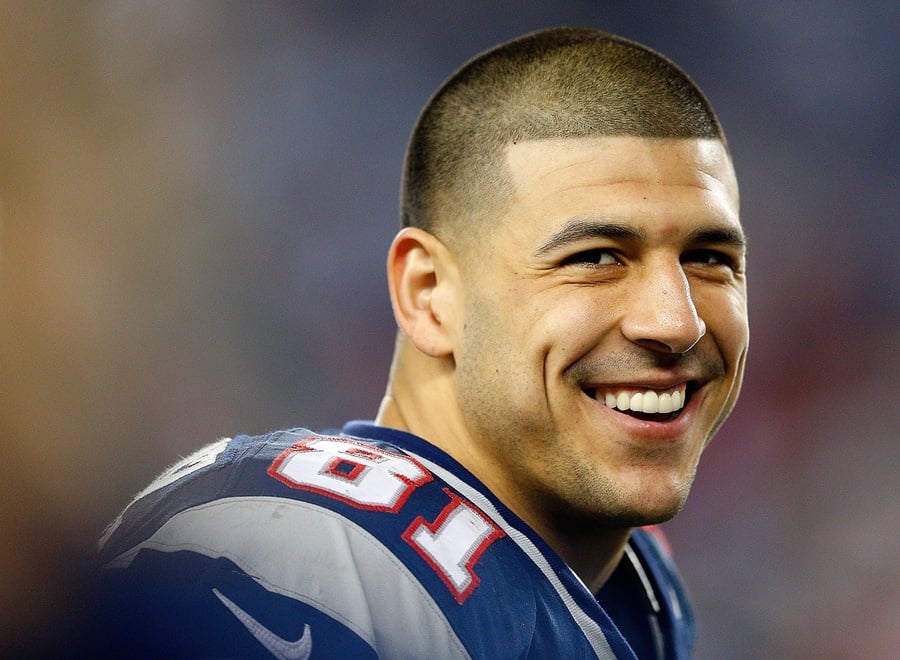 It's estimated that Aaron missed out on at least $30 million in potential future money due to his off-the-field troubles. After being released, the Patriots successfully refused to pay Aaron $3.5 million worth of guaranteed money, $1.323 million base salary and an $82,000 workout bonus.

During his brief NFL career, Aaron Hernandez earned a total of around $11 million in NFL salary. The vast majority of his earnings came from the signing bonus Aaron received in 2012 upon signing a 5-year, $40 million contract with the Patriots. He would only earn around $10 million of that contract.

After being arrested on murder charges in 2013, Aaron was released from the Patriots and therefore missed out on all future payments from the deal. 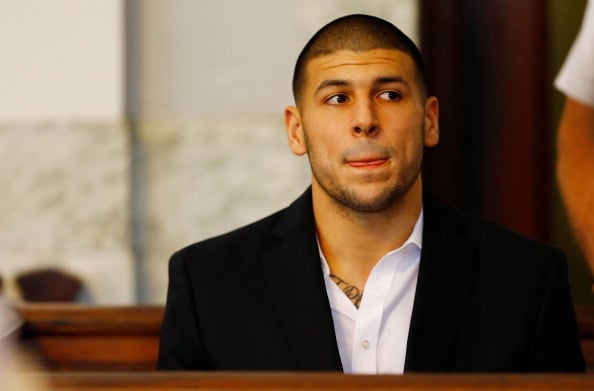 Aaron was released from the Patriots in mid-June of 2013 after he was charged with first-degree murder and gun-related charges. He was also sued for allegedly shooting Alexander Bradley in the face at a Miami club and soon became under investigation for a double murder that took place in Boston in 2012. He was indicted in August of 2013. On April 15, 2015, he was found guilty of first-degree murder of his friend Odin Lloyd and sentenced to serve life in prison. On April 19, 2017, Hernandez hanged himself in his prison cell. He left behind fiancée Shayanna Jenkins and their daughter, Avielle. The couple had been engaged since 2012 when Aaron bought an 8,130-square foot, four-story home with an inground pool in North Attleborough, Massachusetts, for $1.3 million.

After Aaron's death, Boston University researchers studied his brain and diagnosed him with stage 3 chronic traumatic encephalopathy (CTE). Repeated head trauma, including two confirmed concussions suffered while playing football, was declared to be the contributing factor to his poor judgment, lack of impulse control, paranoia, and aggressive behaviors. Researchers have described it as one of the most severe cases of CTE medically documented in a person of his age. After the release of the study, Hernandez's fiancée and daughter sued the NFL and New England Patriots holding them responsible for Aaron's death and for depriving them of their relationships with him. But the suit was dismissed in February of 2019 because the deadline to opt out of the class action suit against the league had passed. 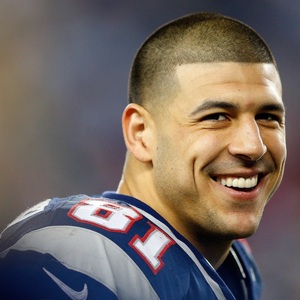