Aaron Curry net worth: Aaron Curry is an American college football coach and former professional football player who has a net worth of $35 million. Aaron Curry was born in Fayetteville, North Carolina in April 1986. He was a linebacker who played at Fayetteville South High School. Curry played his college football at Wake Forest where he won the Butkus Award in 2008 and was a first-team All-American and first-team All-ACC that year. He was drafted #4 overall in the 2009 NFL Draft by the Seattle Seahawks. He played for the Seahawks from 2009 to 2011 and then for the Oakland Raiders from 2011 to 2012. After retiring he began coaching for the Charlotte County Day School 49ers as a graduate assistant in 2014 and then a defensive line coach in 2015. His father Reggie Pinkney played in the NFL as did his brother Eric Barton. Aaron Curry signed a six year deal with the Seahawks in 2009 for $60 million with $34 million guaranteed which was the highest amount of guaranteed money to be given to a non-quarterback rookie in the history of the league. 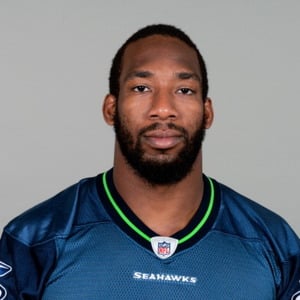