A. J. Green Net Worth

A.J. Green net worth and salary: A.J. Green is an American professional football player who has a net worth of $40 million. A.J. Green was born in Summerville, South Carolina in July 1988. He is a wide receiver who was an All-American at Summerville High School. Green played his college football career at the University of Georgia where he was named the SEC Freshman of the Year and a First-team All-Freshman in 2008. He was also named First-team All-SEC in 2008 and 2009. Green was drafted #4 by the Cincinnati Bengals in the 2011 NFL Draft and has played his entire career for Cincinnati. He was selected to the PFWA All-Rookie Team in 2011. Green has been selected to four Pro Bowls and is a two time Second-team All-Pro. He has been ranked in the Top 100 Players list from 2012 to 2015 coming in at #9 in 2014. 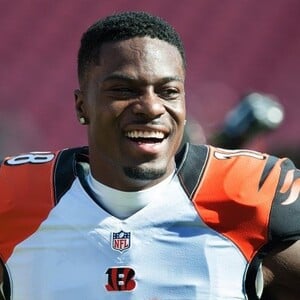