What is Zion Williamson's Net Worth?

Zion Williamson is an American professional basketball player who has a net worth of $18 million. Best known for his role with the New Orleans Pelicans of the NBA, Zion is a power forward who entered the NBA after a successful stint with the Blue Devils of Duke University. In 2019, he was selected by the Pelicans as the first overall pick and subsequently made the NBA All-Rookie First Team in 2020. He was one of the youngest-ever players to receive this honor.

Zion Lateef Williamson was born on July 6th of 2000 in Salusbury, North Carolina. During his early years, Zion enjoyed playing a wide range of sports, including basketball, soccer, and American football. However, he was already focused on becoming a professional basketball player by the age of five. At the age of nine, he took this goal so seriously that he would wake up at 5 AM each day to practice his basketball skills. He honed his basketball talents by playing in various youth leagues, often playing against boys who were many years older than him.

When his mother remarried a former college basketball player, he benefited from one-on-one training and was molded into an effective point guard. He then started playing basketball for his middle school in South Carolina. During this period, his mother also acted as a basketball coach. In the ninth grade, he grew to over 6 feet and gained the ability to dunk. He later won slam dunk contests as a young high school student.

In 2019, Zion was drafted by the New Orleans Pelicans as the first pick of the NBA draft. He started very well for a rookie, scoring a minimum of 20 points per game during his first four games. Still a teenager, Williamson then made history by scoring at least 20 points per game in 10 consecutive games. In 2021, he followed up with another strong season, breaking another record after becoming the youngest player in NBA history to score 30 points with a shooting accuracy rate of 90%. Later that season, he was selected for his first NBA All-Star Game. Williamson continues to set numerous records for the NBA and is considered one of the best young players in the league.

A fast and surprisingly agile player, Zion is a strong jumper and has been described by some as a "freak of nature." He has been deployed as both a power forward and a small-ball center, although he is probably more comfortable playing in a forward position. That being said, his role on the court is hard to define and does not fit with any traditional basketball position. Williamson has been compared to players like Charles Barkley, Anthony Mason, Lebron James, Julius Randle, and Larry Johnson.

Zion is also referred to as "almost ambidextrous" and can slam dunk with ease. Due to his dunking ability, Williamson has also been compared to Vince Carter. One of his most notable weaknesses is his shooting ability, and he is said to have an "unorthodox" shooting style. Although he certainly has the ability to defend well, some critics have questioned his level of work ethic when it comes to defending. In addition, Williamson has been praised for his passing, ball handling, shot-blocking, and rebounding talents. 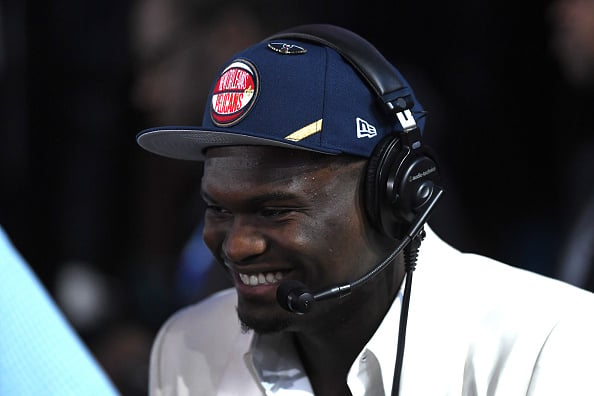 As the #1 pick in the 2019 draft, he is expected to make $20 million over his first two seasons. The rookie pay scale adjusts annually based on the total salary cap. According to the 2020 salary cap of $109 million, he has the ability to make $45 million in his first four seasons.

On July 23, 2019, Nike officially announced that it had signed Zion to an exclusive shoe contract. A day later it was reported that the deal is worth $75 million over five years, averaging out to $15 million per year. It is fully guaranteed with no strings or milestones attached. It is the the largest rookie shoe deal in NBA history in terms of annual pay but not in terms of total value. By comparison, LeBron James' first Nike shoe deal paid $12.4 million per year over 7 years, for a total value of $86.8 million.

In 2020, Zion faced controversy after it was revealed that he had allegedly received a $950,000 home as a "gift" from Duke University. This "improper benefit" was reportedly promised to Zion to sweeten the deal, ensuring the up-and-coming star would commit to play for Duke. According to established laws, these kinds of gifts would have made Williamson ineligible to play college basketball if they had been made public.

Williamson's former marketing agent Gina Ford came forward and broke this story, claiming that the Williamson family mysteriously moved from a modest home in South Carolina to a full-on mansion near Duke University after Zion was accepted into the team. It is also claimed that his family received three unexplained luxury vehicles. Insiders later claimed that this particular mansion is often used as a bargaining tool to attract top-ranked athletes to play at the school. After this story broke, there were suggestions that Duke could be stripped of its title. 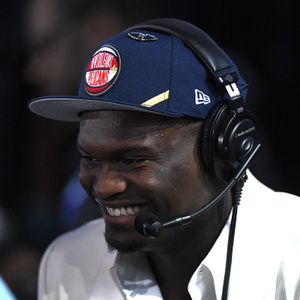