Zach LaVine net worth: Zach LaVine is an American professional basketball player who has a net worth of $3 million. Zach LaVine was born in Renton, Washington in March 1995. He is a guard who played at Bothell High School where he was a First-team Parade All-American and named Washington Mr. Basketball and AP Washington Player of the Year in 2013.

LaVine played his college basketball at UCLA where he was part of the Pac-12 All-Freshman Team in 2014. He was drafted #13 by the Minnesota Timberwolves in the 2014 NBA Draft and has played for Minnesota his entire NBA career. LaVine was selected to the NBA All-Rookie Second Team in 2015. He was named the NBA Rising Star Challenge MVP in 2016 and won the NBA Slam Dunk Contest in both 2015 and 2016. 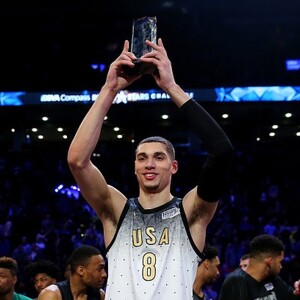