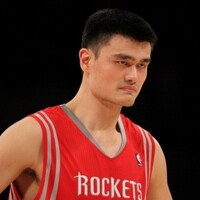 What is Yao Ming's net worth?

Yao Ming is a Chinese retired professional basketball player who has a net worth of $160 million. He played for the Shanghai Sharks and the Houston Rockets. Standing at 7 feet six inches tall, Yao was the tallest active player in the NBA during his final season in the league. On November 9, 2007, over 200 million people in China tuned in to watch Yao play a game against the Milwaukee Bucks which also featured a Chinese player named Yi Jianlian. It was one of the most watched games in NBA history.  During his NBA career, Yao was an eight-time All Star. He scored 9,247 points, had 4,494 rebounds and 920 blocks.

His highest career salary came in his final season when the Rockets paid Yao $17.6 million. In total he earned roughly $93 million in NBA salary. He earned – and continues to earn – significantly more money from brand endorsements and investments.

Yao Ming was born on September 12, 1980 in Shanghai, China. He is the only child to Yao Zhiyuan and Fang Fengdi, both of whom were professional basketball players. Yao weighed more than twice as much as the average Chinese newborn at 11 pounds. He began playing basketball at a junior sports school at age nine. He tried out for the Shanghai Sharks junior team of the Chinese Basketball Association at just 13 years old. He joined the senior team and averaged 10 points and 8 rebounds per game in his first season. His jumping ability decreased from 15 cm to 10 when he broke his foot in his second season. Ming helped lead the Sharks to the finals of the CBA in his third and fourth seasons, but lost both times to the Bayi Rockets. The Sharks finally won their first CBA championship in Ming's fifth season with the team. In his final year with Shanghai, Yao made all 21 of his shots during the finals.

In 1999, Ming was pressured to enter the NBA draft by the deputy general manager of the Sharks, Li Yaomin. Yaomin influenced Ming to sign a contract for Evergreen Sports to serve as his agent–the agreement entitled Evergreen to 33 percent of Ming's earnings, but the contract was later deemed invalid.

Yao was drafted into the NBA as the first pick of the first round, as predicted by his team, in the 2002 draft by the Houston Rockets. When he was selected he became the first international player to ever be selected first overall without having previously played U.S. college basketball. He would go on to play his entire NBA career in Houston from 2002 – 2011. Yao played his first NBA game against the Indiana Pacers but scored no points or rebounds. He scored his first NBA basket in a game against the Denver Nuggets. In his first seven games, Ming averaged only 14 minutes and 4 points. However, on November 17, 2002, he scored 20 points on a perfect 9-of-9 from the field. In Yao's first game against Shaquille O'Neal in January 2003, Yao scored the Rockets' first six points of the game and blocked O'Neal twice in the opening minutes. The Rockets got a new coach in Yao's sophomore season, Jeff Van Gundy, who began focusing the offense on Yao. Yao had a career-high that year of 41 points and 7 assists in a win against the Atlanta Hawks in 2004. 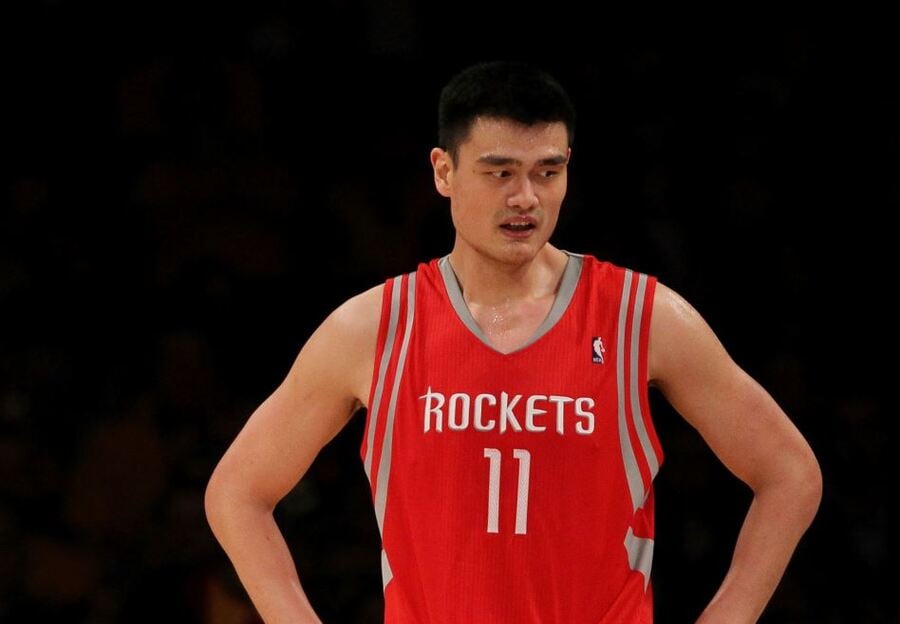 2005-2011's seasons were plagued with injuries for Ming. After only missing 2 games out of 246 during his first three years in the NBA, he developed osteomyelitis in his left foot that required surgery to repair. Although he missed 21 games during recovery, Yao had the most fan votes to start the 2006 NBA All-Star Game. For the next 25 games he averaged 25.7 points and 11.6 rebounds per game. Yao suffered another injury in a game against the Utah Jazz in April 2006 which left him with a broken bone in his left foot, requiring six months of rest. He was medically cleared to play again one year later. It was only a matter of time before his next injury, as he had to miss the rest of the 2008 season when he suffered a stress fracture and needed an operation. The next season, Ming played 77 games, his first full season since 2004-2005, and achieved a career-high of a 86.6 percent average from the free-throw line. That season, the Rockets won all their games in Houston and advanced to the second round of the playoffs, the first time in Ming's career.

In 2009, it was decided that Ming would undergo yet another surgery to repair the bones in his left foot, rendering him out for the entire 2009-2010 season. For the 2010-2011 season, the Rockets limited Yao to 24 minutes per game with no back-to-back nights, with the goal of keeping Ming's feet healthy in the long run. Citing injuries to his foot and ankle, Yao announced his retirement from basketball on July 20, 2011.

Yao played for China in the 2000 Summer Olympics where he scored 39 points in a win against New Zealand. The team lost to China, Spain, Argentina, and Italy. They moved into the quarterfinals when they scored wins against Serbia and Montenegro. Yao led the Chinese National team to three consecutive FIBA Asia Cup gold medals, in 2001, 2003, and 2005. In 2006, Yao participated in the 2006 FIBA World Championship, but China was defeated by Greece. Ming went to the 2008 Olympics in Beijing with the Chinese national team, where, ironically, the gold medal was won by the United States.

Yao is widely considered the first major Chinese person to have a successful career in the NBA. He helped increase the NBA's brand awareness in China by exponential leaps and bounds. Off the court, Yao is still a big earner when it comes to endorsements, especially in China.

Ming is married to Chinese female basketball player Ye Li. They began dating when they were teenagers. They got married in August 2007 and their daughter Yao Qinlei was born in May 2010.

Yao got a degree in Economics from Shanghai Jiao Tong University in 2018 after seven years of study due to a tailored degree program.