What is Wilt Chamberlain's Net Worth?

Wilt Chamberlain was an American basketball player who had a net worth equal to $10 million at the time of his death. Chamberlain is widely considered to be one of the greatest NBA players of all time, and he played for the Philadelphia/San Francisco Warriors, the Philadelphia 76ers, and the Los Angeles Lakers. A formidable center, Chamberlain stood at 7'1. To this day, he still holds numerous NBA records for scoring and rebounding. To this day, Wilt is the only player to score more than 100 points in a single game. He is also the only player in history to have averaged more than 30 points and 20 rebounds per game per season.

Despite a number of disappointing results at the NBA Finals, Wilt eventually finished his career with two championships, four MVP awards, the Rookie of the Year award, 13 All-Star selections, and ten All-NBA selections. He was also inducted into the Naismith Memorial Basketball Hall of Fame in 1978. After leaving basketball, Wilt played volleyball for a time and also became a successful businessman. In addition, Chamberlain booked several movie roles and wrote a number of books.

Wilton Norman Chamberlain was born on August 21st of 1936 in Philadelphia, Pennsylvania. Raised by working-class parents, Wilt was a frail child who almost died of pneumonia. Initially, he was not interested in basketball and was more active in track and field. Eventually, Chamberlain bowed to the inevitable and started playing basketball for his high school. By this point, he was already 6'11 and had a clear natural advantage over his peers. It was during this time that he was given his favorite nickname: "The Big Dipper." The root of this moniker came from the fact that Chamberlain often had to duck his head when walking through doorways.

During his high school years, Wilt earned a number of impressive honors and regularly scored more than 70 points per game. He then entered the University of Kansas and played under coach Phogg Allen. He played well during his college years but failed to achieve victory at the NCAA basketball tournament. He also developed a bad relationship with the new coach after Phogg retired. Eventually, these frustrations led Wilt to leave college and play professionally.

In 1958, Wilt Chamberlain joined the Harlem Globetrotters for $50,000. He then played at Moscow's Lenin Central Stadium and was greeted by General Secretary Nikita Khrushchev. After a single season, he then joined the Philadelphia Warriors in 1959. The team later became the San Francisco Warriors. He signed for $30,000. In 1965, he started playing for the Philadelphia 76ers, with whom he won his first NBA championship. Wilt then joined the Lakers in 1968 and won another championship with this team in 1972. By this point, he was earning hundreds of thousands of dollars per season. Chamberlain then spent one last season with the San Diego Conquistadors before retiring in 1974.

Soon after joining the NBA, Wilt became the highest-earner in the entire league. He was the first player to earn at least $100,00 per year and later raked in over $1.5 million during his time with the Lakers. At the time, this was completely unheard of. These earnings allowed him to pursue a lavish lifestyle, and he spent a reported $750,000 on a Le Mans-style car called Searcher One in the late 90s. His other vehicles included a Ferrari and a Bentley. Despite this, Wilt later claimed that he had been underpaid during his career, especially as multi-million-dollar salaries became increasingly common in the NBA. 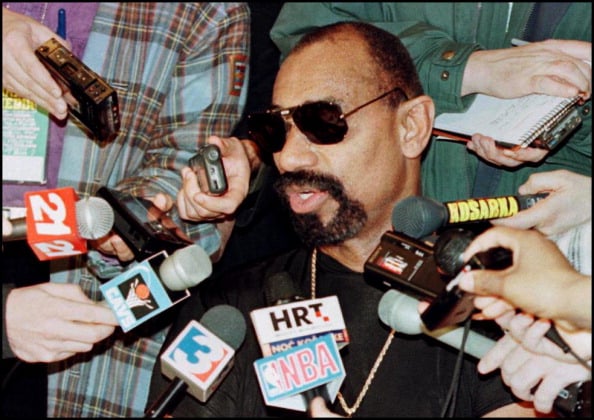 After leaving sport behind, Chamberlain explored a number of business ventures. He became successful in the stock market and he also invested in real estate. He also purchased a nightclub that became quite popular in Harlem.

Chamberlain supplemented his NBA salary with a number of brand endorsements and continued to work with various companies following his retirement. AFter leaving the NBA , appeared in advertisements for TWA, American Express, Volkswagen, Drexel Burnham, Le Tigre Clothing, and Foot Locker.

By the mid-70s, Wilt had become very interested in Hollywood, and he formed his own film production company called Go For It. He is perhaps best known for playing a villain in the film "Conan the Destroyer."

Wilt Chamberlain had struggled with heart problems throughout much of his life. The real issues began in the early 90s, when he was hospitalized due to an irregular heartbeat. He then began taking medication for his heart, and by the late 90s, his condition had deteriorated completely. He lost a total of 50 pounds during this period, and things became even worse after he underwent dental surgery. In 1999, he died in Bel-Air at the age of 63, apparently due to congestive heart failure. He was immediately honored by figures within the sporting world.

In 2020, it was reported that Chamberlain's former mansion had been listed for $14.9 million. The Los Angeles residence was custom built for Wilt, comprising of concrete, steel, and stone. It features 9,395 square feet of living space and six bedrooms. Additional features include a pool, a sauna, enough parking space for ten vehicles, and exceptional views of the Stone Canyon Reservoir and the city in the distance. The home also sits on a 2.5-acre plot of land. 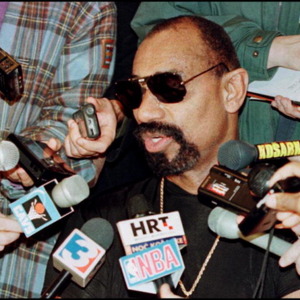