What is Willis Reed's Net Worth?

Willis Reed is an American former professional basketball player, coach, and general manager who has a net worth of $5 million. Willis Reed played in the NBA for the New York Knicks and was voted one of the 50 Greatest Players in NBA History. He coached for several teams before becoming the general manager and vice president of basketball operations for the New Jersey Nets.

Willis Reed Jr. was born on June 25, 1942, in Dubach, Louisiana, where he showed great athletic ability at a young age. He played basketball at West Side High School and then attended Grambling State University where he continued improving his game. He helped lead the Tigers to an NAIA title and three Southwestern Athletic Conference championships.

In the 1964 NBA Draft, Willis Reed was selected in the second round with the eighth overall pick by the New York Knicks. He quickly established himself as a force on both ends of the court and won the NBA Rookie of the Year Award and was named to the NBA All-Rookie First Team. He played for the Knicks for the next ten years, and in combination with Walt Frazier, made the Knicks one of the most successful defensive teams of all time. Reed won NBA MVP honors in 1970 and was the Finals MVP for both of the Knicks' championships during his tenure in 1970 and 1973.

Over his career, Willis Reed was a seven-time All-Star selection and amassed 12,183 points to go with 8,414 rebounds and 1,186 assists. He was named to the NBA 50th Anniversary Team and the NBA 75th Anniversary Team. Reed was inducted into the NAIA Basketball Hall of Fame in 1970 and the Naismith Memorial Basketball Hall of Fame in 1982. He had his No. 19 retired by the New York Knicks. 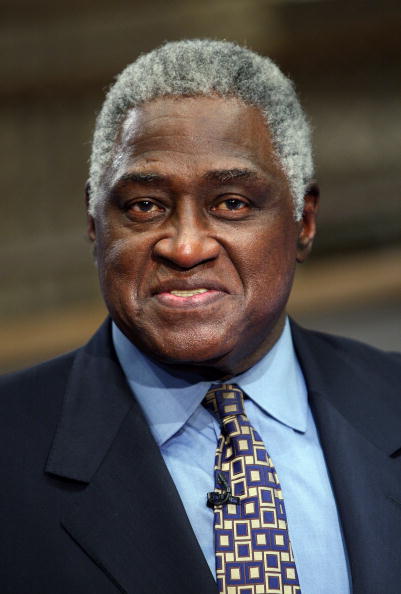 Willis Reed coached for the New York Knicks for the 1977-1978 season before heading to the college ranks to become the head coach at Creighton University from 1981 to 1985. He returned to the NBA as an assistant coach for the Atlanta Hawks and Sacramento Kings, and in 1988, was named the head coach of the New Jersey Nets where he compiled an overall record of 33-77.

Willis Reed's name became synonymous with playing through injury due to his toughness and endurance on the court. He has also been mentioned in rap songs, including Kurtis Blow's 1984 hit "Basketball" and the Beastie Boys' "Long Burn The Fire" in 2011.