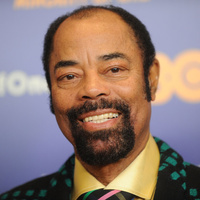 Walt Frazier Net Worth: Walt Frazier is an American former professional basketball player who has a net worth of $4.5 million. Walt Frazier was born March 29, 1945 in Atlanta, Georgia. As their floor general, Walt Frasier led the New York Knicks to the franchise's only two NBA Championships (1970 and 1973) to date. Upon his retirement from basketball, Frazier entered the field of broadcasting and he is currently a color commentator for telecasts of Knicks games on the MSG Network. He was named a Division II All-American in 1964 and 1965. In 1965, Frazier led SIU to the NCAA Division II Tournament only to lose in the finals to Jerry Sloan and the Evansville Purple Aces 85-82 in overtime. In 1966, he was academically ineligible for basketball. In 1967, Walt Frazier was named to the NBA All-Rookie team. In 1969–70, his third season in the league, he made his first of seven All-Star appearances, helping the New York Knicks win their first NBA title. Frazier scored 15,581 points in his Hall of Fame career and had more than 5,000 assists and nearly that many rebounds. He was selected for the league's All-Defensive team seven times. Walt Frazier's #10 jersey was retired by the New York Knicks on December 15, 1979. In 1987, Walt Frazier was inducted into the Naismith Memorial Basketball Hall of Fame along with Pete Maravich and Rick Barry. In 1996, he was elected to the NBA's 50th Anniversary All-Time Team.