What is Vinnie Johnson's Net Worth?

Vinnie Johnson is a former professional basketball player and entrepreneur who has a net worth of $400 million. During his NBA career Vinnie played for the Seattle SuperSonics, Detroit Pistons, and San Antonio Spurs. With the Pistons, he won the NBA championship in both 1989 and 1990. During his playing career, Johnson earned the nickname "the Microwave" for "heating up the offense of the team" within a short period of time.

After retiring, Vinnie founded an automotive company called the Piston Group. He grew the company to be somewhat of a massive enterprise with billions in annual revenue. Much more on the Piston Group later in this article or in this detailed article.

Vinnie Johnson was born on September 1, 1956 in the Brooklyn borough of New York City. He has a younger brother named Eric who went on to play in the NBA for the Utah Jazz. Johnson went to Franklin Delano Roosevelt High School in Brooklyn.

As a young adult, Johnson enrolled at McLennan Community College in Waco, Texas, where he was the star on the school basketball team for two years. In the 1976-77 season, he led the team to the NJCAA national tournament and was named a junior college All-American. For the next season, Johnson transferred to Baylor University across town, where he remained through the end of his college career.

Johnson became one of the greatest scorers in Baylor basketball history, averaging 24.1 points per game across his two seasons. He was a two-time All-American, set a school record for points-per-game average, and was named All-SWC twice. In 1979, he recorded the most points in a single game by any Baylor player, with 50 against TCU.

In the 1979 NBA draft, Johnson was chosen as the number seven overall pick by the Seattle SuperSonics. In 1981, he was traded to the Detroit Pistons. With the Pistons, Johnson earned the moniker "the Microwave" from Boston Celtics guard Danny Ainge, for his ability to "heat up the offense" by scoring multiple points within a short span of time. 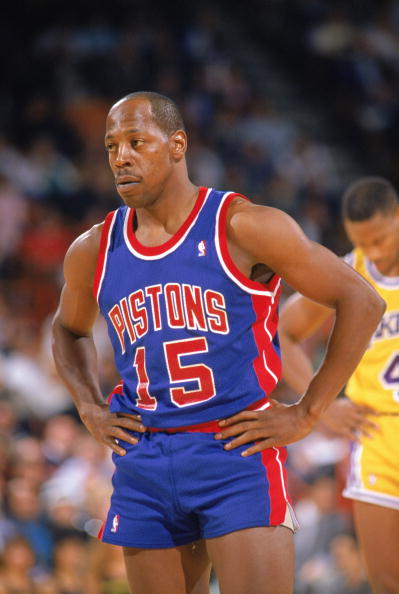 Johnson had one of his greatest seasons with the Pistons in 1988-89. The team dominated the Eastern Conference, winning 63 games across the regular season. Following a sweep of the Milwaukee Bucks and Boston Celtics, the Pistons defeated the Chicago Bulls in six games, advancing to the finals for the second consecutive year, once again facing off against the Los Angeles Lakers. This time, the Pistons won the series by sweeping the injury-beset Lakers in four games. It was the first NBA championship win for the Pistons, as well as the first championship since 1983 to be won by a team other than the Lakers or the Celtics.

Johnson and the Pistons continued their success in the 1989-90 season, winning 13 consecutive games in January and February and going on to record a 12-game winning streak in March. With a 59-23 record, the team finished first in the Eastern Conference. In the first round of the playoffs, the Pistons swept the Indiana Pacers in three games; they then beat the New York Knicks in the semifinals and the Chicago Bulls in the Eastern Conference Finals to proceed to the NBA Finals for the third straight year. The Pistons subsequently defeated the Portland Trail Blazers in five games to win their second consecutive NBA championship. Crucial to the victory was Johnson's 14-foot shot with 0.7 seconds left on the clock, putting the Pistons up 92–90 to take Game 5 and the title.

Johnson played his final season with the Pistons in 1990-91. Entering the season as the two-time defending NBA champions, the team was hoping to win a third straight title. Things started off well, with the Pistons recording a nine-game winning streak in November. However, they went on to lose six of their next seven games in December. The team bounced back midway through the season, winning 11 consecutive games and finishing second in the Central Division with a record of 50-32. In the playoffs, the Pistons won their first series against the Atlanta Hawks, and their second against the Boston Celtics. They subsequently advanced to their fifth straight Eastern Conference Finals, where they were ultimately swept by the Bulls.

Following the end of the 1990-91 season, Johnson signed as a free agent with the San Antonio Spurs. The team had a promising start to the season with a 10-3 record, but soon struggled with a 21-17 record by late January. Under their replacement coach Bob Bass, the Spurs rebounded to finish second in the Midwest Division with a record of 47-35. However, in the first round of the playoffs, the team was swept by the Phoenix Suns in three consecutive games. In 1992, Johnson officially retired from the NBA.

After leaving the NBA, Johnson established the automobile supply company the Piston Group in 1995. It soon became a leading supplier of automobile parts to major international automotive companies, including General Motors and the Ford Motor Company. Johnson serves as the Piston Group's chairman and CEO.

Among his other business interests, Johnson has served as the chairman of the board of directors for the joint ventures JL Automotive and PASA Modules. He is also a member of the Michigan Minority Business Development Council and the Detroit Chamber of Commerce.

Today Vinnie serves as Chairman and CEO. The company employs more than 200 people and generates more than $2 billion per year in revenue. Under Vinnie's leadership, the company grew from $500 million in revenue in 2012 to being on pace to top $3 billion in the near future. The company is one of the world's largest minority-owned businesses. 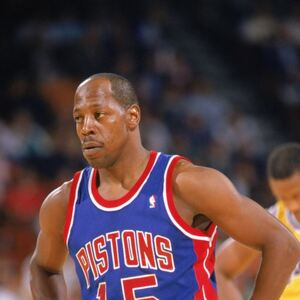