What is Vince Carter's Net Worth and Career Earnings?

Vince Carter is a retired American professional basketball player who has a net worth of $110 million. Also known by nicknames such as "Vinsanity" and "Air Canada," Carter was adored by fans around the world for his entertaining style of play. In particular, his almost unparalleled dunking ability set him apart from other players. Vince Carter had one of the longest careers of any NBA player, lasting 22 seasons through four different decades from 1998 to 2000. Although is now retired, he left a mark on professional basketball that won't be forgotten anytime soon.

Vince Carter was born on January 26th of 1977 in Daytona Beach, Florida. He was initially interested in football during his high school years, but a wrist injury forced him to choose volleyball instead. Although Carter was clearly a natural athlete who excelled in virtually any sport he chose to play, basketball quickly drew him in. While on his high school basketball team, Vince racked up some impressive statistics and became a 1995 McDonald's All-American.

Vince Carter was heavily recruited by a number of US colleges due to his basketball skills, and he ultimately chose the University of North Carolina. While playing basketball for UNC, he helped them gain consecutive ACC titles and a number of other honors. Although he quickly declared himself eligible for the NBA draft in 1998, he didn't drop out of college. Instead, he continued to study while playing professional basketball and graduated in 2000 with a degree in African-American studies.

During the 1998 draft, Vince Carter was picked by the Golden State Warriors, who quickly traded him to the Toronto Raptors. Although Toronto was struggling when Carter joined, he helped them turn things around. In 2000, the Raptors reached the playoffs for the first time, winning 47 times in Vince's first season. During this first season, Carter exhibited his impressive dunking ability, earning the nickname "Air Canada" for the first time. He finished off 2000 by winning the Dunk Contest.

It was clear that Vince Carter was an incredibly valuable player to the Toronto Raptors, and they signed him to a new, lucrative contract in 2001. However, something else was becoming clear: the fact that Carter was injury-prone. His knees started to act up, and they continued to hamper him for the rest of his career. By the 2001-2002 season, Carter was already establishing a reputation for being a fragile player. He missed the final 22 games of that season.

Vince received surgery on his knees, but he still had to miss numerous games throughout the 2002-2003 season. Although he had more game time next season, the Raptors failed to make the playoffs. Before the following season, the entire coaching staff was fired. Speculation arose over whether Carter wished to be traded, and eventually he pushed for a move to the New Jersey Nets. Vince was booed and heckled by fans after news of the trade came to light, although he tried to remain amicable before his departure. 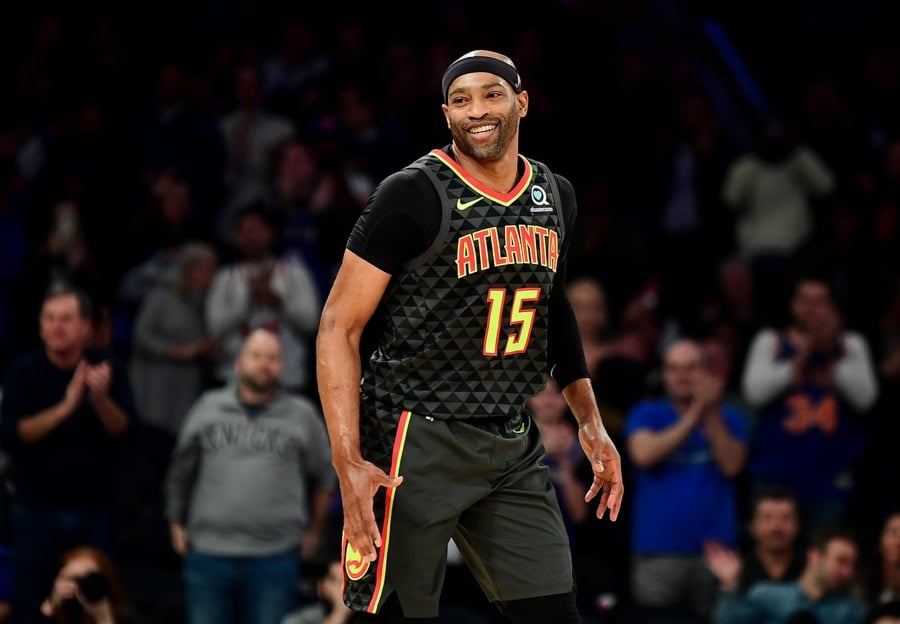 Vince Carter played for the New Jersey Nets for five seasons, eventually leaving in 2009. During his time with the Nets, Carter excelled and managed to avoid major injuries. He eventually became the team captain and enjoyed some of the highest-scoring years of his career. In 2009, he was traded to the Orlando Magic. Carter played with them for one season, reaching his first and only conference finals series. The next chapter of Vince's career took him to the Phoenix Suns for one season. He then played for the Dallas Mavericks for three seasons and added three-point shooting to his arsenal of skills.

In 2014, Vince Carter started playing for the Memphis Grizzlies. During his three years with the Grizzlies, Vince turned 40 and set a number of records. He then spent a year with the Sacramento Kings before ending his career with a final two seasons as an Atlanta Hawk. Carter announced his retirement in 2020 after the NBA suspended the season due to COVID-19.

In 2004, Vince Carter married Ellen Rucker, a chiropractor. Although they had one child together, they divorced in 2006. Carter then married Sondi Carter, and they had two more children together.

In 2010, Vince Carter opened a restaurant in Daytona beach, which he named after himself. In 2017, he sold the restaurant for $4.3 million.

Although Carter initially signed a sponsorship deal with Puma prior to his first season with the NFL, he quickly backed out of the deal because their shoes were making him uncomfortable. In 2000, Vince signed a deal with Nike and subsequently released his own shoe, the Nike Shox BB4 PE. Over the course of his career, Nike released five other shoes "signed" with Carter's initials.


Vince spent 21 years playing in the NBA, from February 1999 to March 2020. During that time, he earned $180 million in base salary alone. Vince Carter's peak annual salary was $18 million. He earned this amount during the 2011-2012 season while playing with the Phoenix Suns. He also once earned a peak amount of $5 million per year from endorsements alone. In 2001, Carter signed a 6-year, $90 million contract with the Toronto Raptors. In 2007, he signed a $62 million, four-year contract with the New Jersey Nets. In 2017, Vince signed a one-year, $8 million contract with the Sacramento Kings.

Vince Carter owns a property in Isleworth, Florida with a market value of $9.9 million. The property features 16 bedrooms. In 2001, he purchased another central Florida home for $2.2 million. Extensive construction was done on the 10-acre plot of land, and Carter was left with a 29,000-square-foot property that once hosted a $30,000-per-person fundraising dinner for Barack Obama. These renovations raised the property value to $14.3 million as of 2014. In 2001, he purchased a waterfront, penthouse condo with ten bedrooms in Toronto for $2.75 million. 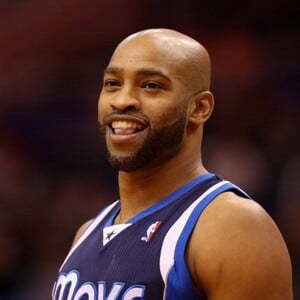