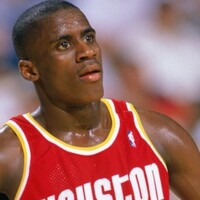 Vernon Maxwell net worth: Vernon Maxwell is an American former professional basketball player who has a net worth of $4 million. Vernon Maxwell was born in Gainesville, Florida in September 1965. He was a 6'4″ shooting guard who was named Florida's Mr. Basketball at Buchholz High School. Maxwell played at the University of Florida where he still holds 15 team records. Florida later erased all of the points he scored because he took money from agents and accepted a free airline ticket to go to a basketball camp. Maxwell was drafted #47 by the Denver Nuggets in the 1988 NBA Draft. He played for the San Antonio Spurs from 1988 to 1990, the Houston Rockets from 1990 to 1995, the Philadelphia 76ers from 1995 to 1996, the San Antonio Spurs from 1996 to 1997, the Orlando Magic and Charlotte Hornets in 1998, the Sacramento Kings in 1999, the Seattle SuperSonics from 1999 to 2000, the Philadelphia 76ers in 2000, and the Dallas Mavericks in 2001. Maxwell won two NBA championships with the Houston Rockets. He was nicknamed "Mad Max" for his clutch three point shooting and was also known for his erratic public behavior and his run-ins with the law.