Tyrone Hill Net Worth: Tyrone Hill is a former American professional basketball player who has a net worth of $23 million. Tyrone Hill was born in 1968 in Cincinnati, Ohio, and played college basketball close to home for the Xavier University Musketeers from 1986 until 1990. He earned Horizon League Player of the Year honors in 1990 before the Golden State Warriors drafted him with the eleventh overall pick during the first round of the 1990 NBA Draft.

Hill, a six-foot-nine, 240-pound power forward, played with Golden State until 1993 before joining the Cleveland Cavaliers. Hill played in Cleveland until 1997 before he became a member of the Milwaukee Bucks from 1997 until 1999, the Philadelphia 76ers from 1999 until 2001, the Cleveland Cavaliers a second time from 2001 until 2003, the Philadelphia 76ers a second time in 2003, and, finally, the Miami Heat in 2003. Hill earned NBA All-Star honors in 1995. He finished his pro-playing career with 7,532 points, 6,854 rebounds, and 647 assists. He shot 50.2 percent from the floor during his career and had a 63 percent free throw shooting percentage. After his retirement from the league, Hill went on to work with the Cincinnati-based record company he owned: All Net Records. His business worked with artists such as Renaizzance, KompoZur, and OTR Clique. 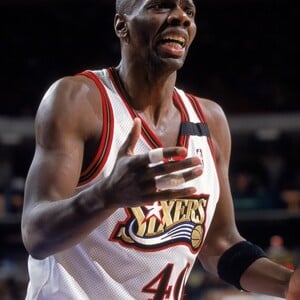