Troy Murphy Net Worth: Troy Murphy is an American professional basketball player who has a net worth of $24 million. Born in Morristown, New Jersey, in 1980, Troy Murphy attended the University of Notre Dame from 1998 until 2001. He was a two-time first-team All-American and the two-time Big East Player of the Year between 2000 and 2001.

The Golden State Warriors selected Murphy with the 14th overall pick during the first round of the 2001 NBA Draft. He played with Golden State until 2007 when he was traded to the Indiana Pacers. He played with the Pacers from 2007 until 2010, the New Jersey Nets from 2010 until 2011, the Boston Celtics in 2011, the Los Angeles Lakers from 2011 until 2012, and the Dallas Mavericks in 2012. Murphy has not played since being waived by the Mavericks at the end of November 2012 when the team signed Derek Fisher. Murphy has appeared in the postseason twice, once with Boston in 2011 and once with the Lakers in 2012. He has played in five total playoff games, averaging 3.4 minutes per contest. With his pro basketball career on hiatus, the six-foot-eleven-inch, 245-pound power forward/center enrolled in Columbia University in New York as a student. 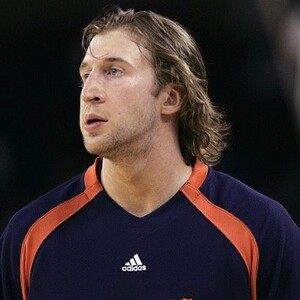