Trey Burke net worth: Trey Burke is an American professional basketball player who has a net worth of $6 million. Trey Burke was born in Columbus, Ohio in November 1992. He is a 6'1″ point guard who played at Northland High School where he was Ohio Mr. Basketball in 2011 and a second-team Parade All-American.

Burke played his college basketball at Michigan where he was named Big Ten Freshman of the Year, first-team All-Big Ten, Big Ten Player of the Year, consensus first-team All-American, national college player of the year, and won the Bob Cousy Award. Burke was drafted #9 overall by the Minnesota Timberwolves in the 2013 NBA Draft. He was traded to the Utah Jazz where he played from 2013 to 2016. Trey Burke played for the Washington Wizards from 2016 to 2017 and the Westchester Knicks from 2017 to 2018. From 2018 to 2019 he played for the New York Knicks and in 2019 he joined the Dallas Mavericks. He was named third-team All NBA G League in 2018 and to the NBA All-Rookie First Team in 2014. 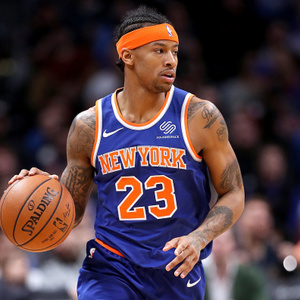