Trevor Ariza Net Worth and salary: Trevor Ariza is an American professional basketball player who has a net worth of $20 million. Born Trevor Anthony Ariza on June 30, 1985, in Miami, Florida, he currently plays as a swingman for the Houston Rockets of the National Basketball Association (NBA). After playing one season at UCLA (University of California Los Angeles), Ariza was selected 43rd overall by the New York Knicks in the 2004 NBA Draft. Three years later, he was traded to the Los Angeles Lakers in an exchange for Maurice Evans and Brian Cook. In 2009, he landed a five-year-long contract with the Houston Rockets which was reportedly worth $33 million. Over the next few years, he would be traded three times. First, he was involved in a 5-player 4 team trade that took him to the New Orleans Hornets, which was followed by another trade to the Washington Wizards in exchange for a draft pick and Rashard Lewis. Eventually, he joined the Washington Wizards in June 2012, when along with Emeka Okafor, Ariza was traded to the team in an exchange for a draft pick and Rashard Lewis. He was traded to the Houston Rockets for the 2014-2015 season. 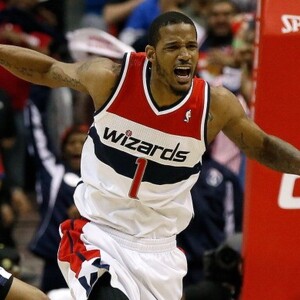