Travis Wear Net Worth: Travis Wear is an American professional basketball player who has a net worth of $1 million. Travis Wear was born in Long Beach, California in September 1990. He attended Mater Dei High School and was a two time California Interscholastic Federation State champion. Wear was also named a McDonald's All-American and Parade All-American in 2009.

Travis played his college basketball for the North Carolina Tar Heels and the UCLA Bruins. He played for both schools with his twin brother David Wear. Travis went undrafted in the 2014 NBA Draft. He played in the 2014 NBA Summer League for the Atlanta Hawks and was signed by the New York Knicks in September 2014. Wear made the roster after Travis Outlaw was traded to open up a spot. Wear's father David Sr. played college basketball and also played professionally overseas. In the first week of the 2014 NBA season Wear was praised for his defense of LeBron James in a game featuring New York and Cleveland. 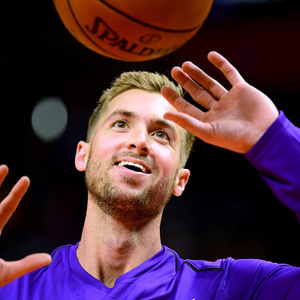