What is Tracy McGrady's Net Worth?

Tracy McGrady is a retired American professional basketball player who has a net worth of $70 million. During his NBA career, Tracy earned a bit over $160 million in total salary. His annual salary during the final years of his career was $23 million. Tracy was a 7-time NBA All Star. During the 2003-2004 season, McGrady led the league in scoring. In 2004 McGrady became the 4th player in 12 years to score over 60 points in a single game.

Tracy Lamar McGrady Jr. was born on May 24, 1979 in Bartow, Florida, to Melanise Willford. Melanise raised McGrady with the help of her mother, Roberta, in Auburndale. As a child, McGrady played high school basketball and baseball at Auburndale High School for three years before transferring to Mount Zion Christian Academy in Durham, North Carolina for his senior season. Initially, McGrady considered playing college basketball at the University of Kentucky, but he ultimately decided to enter the NBA draft as he was a projected lottery pick.

McGrady was selected as the ninth overall pick by the Toronto Raptors in the 1997 NBA draft. For most of the 1997-1998 season, he received little playing time, averaging only 13 minutes per game under head coach Darrell Walker. Later in the same season, Walker resigned, and McGrady began playing more under the new coach Butch Carter, who agreed to increase McGrady's minutes on the condition that he would improve his work ethic.

In the 1998-1999 season, the Toronto Raptors drafted Tracy McGrady's distant cousin Vince Carter and the two became inseparable. They developed a reputation for their athleticism, giving the fans memorable performances and highlight reels at the All-Star Weekend Slam Dunk Contest. The duo helped the Toronto Raptors to finish the season with a 45-37 record, qualifying for the playoffs for the first time in franchise history. In the first round of the postseason, the Raptors were swept by the New York Knicks.

The following season, McGrady became a free agent, signing a six-year $67.5 million contract with the Orlando Magic. McGrady was very excited to return to his home in Florida, where he ended up taking a significant leadership and scoring role. 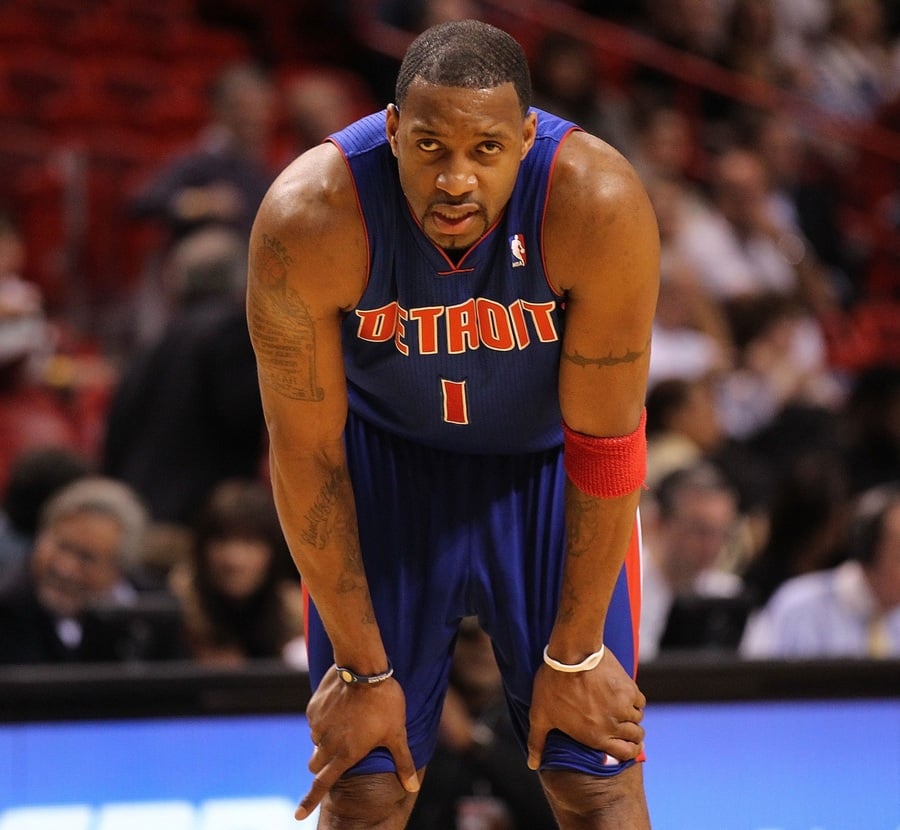 In the 2002-2003 NBA season, McGrady won his first scoring title. In the playoffs, he scored a team playoff record of 43 points to help Orlando to take an early series lead against the top-seeded Detroit Pistons, though they ultimately ended up losing in seven games.

The 2003-2004 season was a tumultuous one for McGrady as Magic coach Doc Rivers was fired after a 1-10 start to the year and there were reports of friction between McGrady and Orlando General Manager John Weisbrod. Throughout the season, Orlando struggled because of a series of injuries, finishing the year with the worst record in the East despite McGrady winning his second consecutive scoring title.

On June 29, 2004, Tracy McGrady, Juwan Howard, Tyronn Lue, and Reece Gaines were traded to the Houston Rockets as part of a seven-player deal that sent Steve Francis, Cuttino Mobley, and Kelvin Cato to the Magic. McGrady stated in an interview that he was happy with the situation and expressed excitement over the prospect of playing alongside Yao Ming.

The Houston Rockets struggled to begin the 2004-2004 season, posting a losing record of 16-17 through their first 33 games. In December, McGrady had one of the most iconic and memorable performances by a player, scoring 13 points in the final 35 seconds against the San Antonio Spurs to secure a comeback history. He finished the season with averages of 25.7 points, 6.2 rebounds, and 5.7 assists per game.

The 2005-2006 season on the other hand was a disappointing one for the Houston Rockets, as McGrady appeared in only 47 games due to injury. At various points during the year, he missed time due to back spasm, including a severe flare up. Despite his health concerns, McGrady was able to play in that year's All-Star Game in front of his home crowd in Houston, exploding for 36 points in just 27 minutes. Due to his frequent absences, the Houston Rockets failed to qualify for the playoffs.

For the rest of McGrady's career in Houston, there was a decline in his performance due to the injuries he is dealing with and he was traded in 2010 to the Knicks. In 2010-2011 NBA season, McGrady was signed with the Detroit Pistons and averaged just 8 points per game.

In the 2011-2012 NBA season, McGrady the signed with the Atlanta Hawks, averaging a career-low 5.3 points per game. On 2012-2013, McGrady signed a one-year deal with the Qingdao DoubleStar Eagles of the Chinese Basketball Association. He averaged 25 points, 7.2 rebounds, 5.1 assists, and 1.6 steals per game.

On April 16, 2013, McGrady signed with the San Antonio Spurs. The Spurs eventually advanced to the 2013 NBA Finals, losing in seven games to the Miami Heat, which provided McGrady with the opportunity to play his first career minutes outside the first round. However, on August 26, he officially announced his retirement from the NBA.

Upon retiring, McGrady shifted his focus to his business investments, including Dasdak, a Washington, D.C.-based technology company, and Blue-04, a water company in Florida. He is also an initial investor in a Minor League Baseball team which would become the Biloxi Shuckers. And Since 2016, he has worked as an NBA Analyst for ESPN.