What is Tony Parker's net worth, career earnings and salary?

Tony Parker is a retired professional basketball player who has a net worth of $85 million. He is best known for playing with the San Antonio Spurs and for being formerly married to actress Eva Longoria.

William Anthony Parker Jr, otherwise known as Tony, was born May 17, 1982, in Bruges, Belgium and was raised in France. His father played professional basketball overseas and his mother was a Dutch model. Inspired by Michael Jordan in his youth, Tony built his game skills by playing basketball with his father and his two brothers, who were heavily involved in the sport. At age 15, he was asked to join the INSEP in Paris. In 1999, after Parker played in the French amateur league for two seasons, he turned pro and signed with Paris Basket Racing. After an astonishing performance at the Nike Hoop Summit in Indianapolis in the summer of 2000, Parker was the subject of a heated recruiting war among several colleges including UCLA and Georgia Tech. Parker instead chose to remain in France with Paris Basket Racing. After one year, he entered the 2001 NBA draft.

Parker joined the NBA after getting drafted as the 28th pick of the first round of the 2001 draft. He became a starting point guard for the San Antonio Spurs and in his rookie season made 77 regular-season appearances. He became only the third French player to play in an NBA game in November 2001. Parker earned his first NBA Championship ring when the Spurs defeated the New Jersey Nets in the post-season finals. Parker went on to win four NBA Championships with the Spurs, in 2003, 2005, 2007 (the same year he was also named NVP), and 2014. In August 2014, Parker signed a three-year, $43.3 million contract extension with the Spurs. That year, while Parker was struggling with the fallout of an injury, the Spurs lost in the first round of playoffs to the Los Angeles Clippers in seven games. In the 2016 playoffs, the Spurs were defeated by the Oklahoma City Thunder in the finals.

The 2017 playoffs found Parker with a ruptured left quadricep tendon that required surgery, thus ending his season early by Game 2 of the second round of playoffs against the Houston Rockets. In his final season with the Spurs, Parker played 55 games and averaged a career-low 7.7 points per game.

Parker signed a two-year contract with the Charlotte Hornets in July 2018. Less than a year later, on June 10, 2019, Parker announced his retirement from the NBA. On November 11, 2019, Parker's No. 9 jersey was retired and his basketball career was officially over.

Parker played for France's Junior Team at FIBA Europe Championships in 1998, 2000 (he was also selected MVP that year) and 2002. He also played with the French Senior National Team and played in the 2001, 2003, 2005, 2007, 2009, 2011, and 2013 FIBA EuroBaskets. Parker won the Bronze medal in the 2005 Eurobasket when the team defeated the Spanish national team 98-68. Parker acted as captain of the French national team from 2003 until he retired. Parker also played on the team in the 2012 Summer Olympics in London. Parker and the French national team won the 2013 Eurobasket. In July 2016, Parker announced his intention to retire from international competition after the 2016 Summer Olympics in Rio de Janeiro.

During his career, Tony earned just shy of $170 million in salary alone. He also earns millions of dollars per year from endorsement deals. Parker's average salary while playing for the Spurs was $12.5 million. His highest career salary to date was the $15.4 million dollars that the Spurs paid him for the 2016-2017 season. 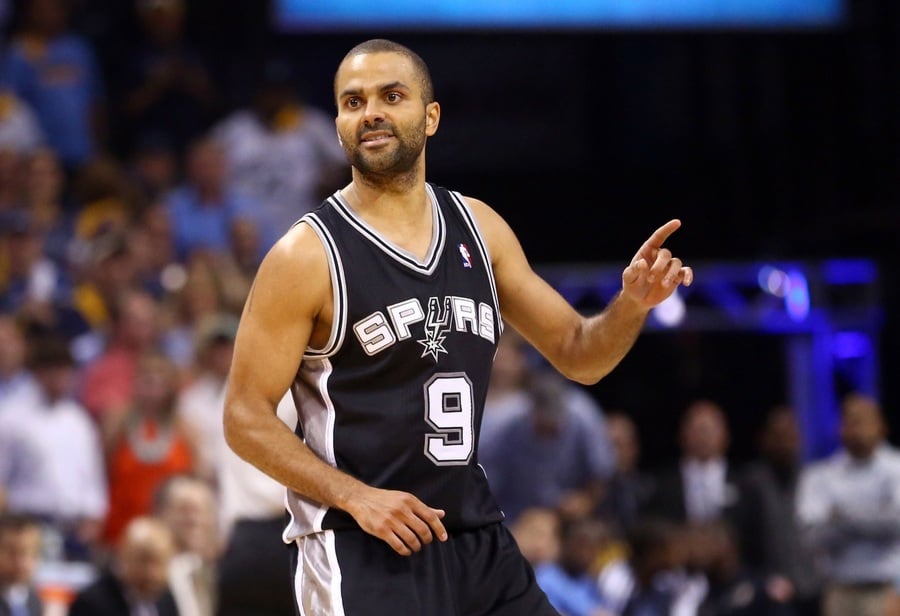 An avid fan of hip hop and rap, Tony released a French-language hip-hop album in 2007 with producer Polygrafic titled "TP" that produced three singles. One of the singles, "Balance-toi" fearing Eva Longoria reached #1 on the French charts. It also charted at No. 4 on the Belgian French charts. A third single, "Premier Love" made it to #11 in SNEP, which is the official French Singles chart. The album featured collaborations with various artists including Booba, Jamie Foxx, Rockwel, and Soprano.

Parker bought a 20 percent stake in the French basketball club ASVEL in Lyon, France. He was given the ceremonial title of Vice President of Basketball Operations. In 2014, he became the majority shareholder of the club. He has since acted as president of the team. In September 2015, he announced the launch of his own basketball academy in Lyon, and the plans were published in July 2016 for the construction of a new arena in Villeurbanne, ASVEL's new home court.

Tony is a well-known and active philanthropist. While playing for the NBA, he set aside a block of 20 tickets at each home game for underprivileged kids. He is also highly involved with the Make-A-Wish Foundation and is the first Ambassador for Make-A-Wish France.

Parker and actress Eva Longoria's relationship started a media frenzy in August 2005 when they confirmed they were indeed a couple after months of heated speculation. Longoria is a Texas native from nearby Corpus Christi and was a courtside regular at Spurs games. The pair got engaged in November 2006 and were married in July 2007 in Paris. In December of that year, tabloids began to publish rumors that Parker was having an affair with model Alexandra Peressant. The couple vehemently denied these allegations through their spokespeople and the rumors launched a $20 million lawsuit against the website that first reported the story, initiated by Parker. On November 17, 2010, Longoria filed for divorce in Los Angeles. Two days later, Parker filed for divorce in Texas. Their divorce was finalized on January 28, 2011.

Parker married French journalist Axelle Francine in August 2014. The pair share two sons, Josh Parker (b. 2014) and Liam Parker (b. 2016.) On August 3, 2020, Parker announced he and Francine were splitting after 9 years together. 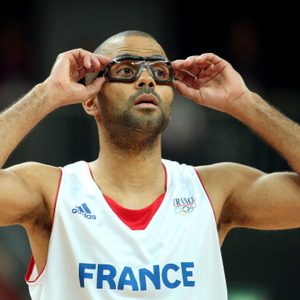