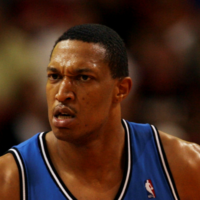 Tony Battie Net Worth: Tony Battie is a former American professional basketball player who has a net worth of $22 million. During his NBA career Tony earned a bit under $60 million in salary alone.

Born in Dallas, Texas, in 1976, Tony Battie is a six-foot-eleven, 240-pound power forward/center. He played college ball at Texas Tech University from 1994 until 1997, and the Denver Nuggets drafted him with the fifth overall pick during the draft's first round in 1997. Battie played with the Nuggets for one season before joining the Boston Celtics from 1998 until 2003. He later played with the Cleveland Cavaliers from 2003 until 2004 and was traded several times in his career. The Cavs dealt Battie to the Orlando Magic, where he played from 2004 until 2008, before he was later traded to the New Jersey Nets. He played with the Nets from 2009 until 2010 when he became a free agent and landed a new contract with the Philadelphia 76ers. Battie played in the City of Brotherly Love from 2010 until 2012. He finished his pro playing career with 5,082 points, 4,287 rebounds, and 713 blocks. He averaged 6.1 points per game. Battie appeared in more than 830 regular season games during his career. He was part of five runs to the postseason and played in 21 playoff games with the Orlando Magic in 2009. Battie averaged 2.1 points per game during that stretch.