Tony Allen Net Worth: Tony Allen is an American professional basketball player who has a net worth of $10 million dollars. Tony Allen was born in Chicago, Illinois in January 1982. He was a standout at Crane High School in Chicago. As a freshman he played for Butler County College in El Dorado, Kansas.

As a sophomore he played at Wabash Valley College in Mount Carmel, Illinois. Allen finished his college career at Oklahoma State University. In 2004 he was the Big 12 Conference Player of the Year and the Big 12 Tournament MVP. Allen was drafted #25 by the Boston Celtics in the 2004 NBA Draft. He was charged with aggravated battery in 2005 but was found not guilty. He also suffered a knee injury and missed almost half of the 2005-06 season. He re-signed with the Celtics in 2008 for $5 million for a two year deal. He was part of the Boston Celtics team that won the NBA Championship in 2008. In 2010 he signed with the Memphis Grizzlies for $9.7 million for a three year deal. In 2011 Allen was selected to the NBA All-Defensive Second Team. In 2012 and 2013 he was named to the NBA All-Defensive First Team. 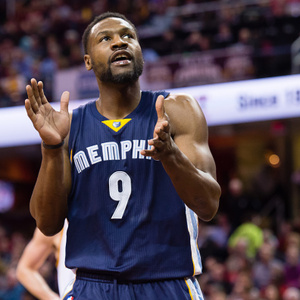