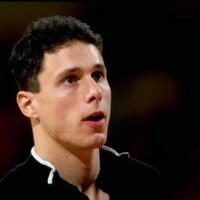 Tom Gugliotta Net Worth and salary: Tom Gugliotta is an American former professional basketball player who has a net worth of $25 million. During his NBA career Tom earned $80 million in salary alone.

Tom Gugliotta was born in Huntington Station, New York, in 1969. He played college basketball at North Carolina State University from 1988 until 1992; he earned first-team All-Atlantic Coast Conference honors during his senior season. The Washington Bullets selected Gugliotta with the sixth overall pick during the first round of the 1992 NBA Draft. Gugliotta played with the Bullets until 1994 before playing for the Golden State Warriors, the Minnesota Timberwolves, the Phoenix Suns, the Utah Jazz, the Boston Celtics, and the Atlanta Hawks. Gugliotta was part of the NBA's All-Rookie First Team in 1993 and was named a league All Star in 1997. He finished his career with 9,985 points, 5,589 rebounds, and more than one thousand steals. He played for the U.S. men's national team, earning a gold medal at the FIBA Americas Championship in 1999 in San Juan. The six-foot-ten power forward averaged 13 points per game and seven rebounds per game during his 13 seasons in the pros. In 1999, he made headlines for nearly dying after taking a sleep aid supplement. He and his wife, Nikki, whom he met in college, have one child together.